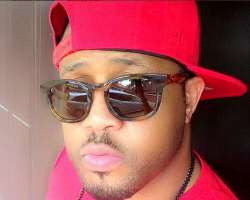 Some hours ago, top Nollywood actor, Mike Ezuruonye reacted to an allegation that he uses bleaching cream on his skin, which according to the report, resulted in his glowing skin colour.

The handsome and married actor was said to have had a change in his skin colour in the report, which got to him and forced a reaction from the talented make-believe star.

According to Mike, he has not used a bleaching cream on his skin. He said, 'Just got a report that some haters said I am bleaching. Is he for real? Then little mini me (probably referring to his son) is too. SMH (Shaking My Head). Abeg me I Love God.'

Bleaching in Africa is what is kicked against by many, though it is becoming rampant among the female folks.