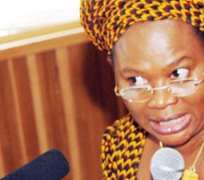 By Issa Aremu
Last Saturday, the former Anambra State Governor, Peter formally announced the death of Professor Dora Nkem Akunyili erstwhile Director General of the National Agency for Food and Drug Administration and Control, NAFDAC. She reportedly died of a poorly diagonized protracted cancer. A paradoxical health story for a public officer with knack for details that saved many Nigerian lives. Professor Dora was also a former Minister of Information and Communication and a delegate to the on- going National Conference. She was even a contestant to the Senate. The first class scholar and multiple award- winner for work in pharmacology, public health and human rights was born in Makurdi, Benue State, on July 14, 1954 though hailed from Nanka, Anambra State.

Her profile can certainly fill many pages. But above all Dora would be better remembered as a successful regulator of the country's drug and food market.She courageously 'took on the hydra-headed problem of fake, spurious, unwholesome and substandard drugs, turning fortunes around for the nation's lopsided drug distribution system and quickly gaining international recognition as a true advocate for public health and human rights protection'. John Ralston Saul, the Canadian author once noted that'regulation protects the MARKETPLACE from itself by introducing commonsense. In the process, it protects society'. Never before had a singular regulatory agency's campaign for standard and quality added such value of unprecedented proportions in pharmaceutical sectors like NAFDAC did under Dora Akunyili.

In the standard cliché of neo- liberal reform-agenda, we are made to belief that: private sector is the engine of growth. Dora's NAFDAC showed that while private sector could be the engine, public sector indeed oiled this engine through vigilance and standard enforcement, without which the former crashes into smithereens. The remarkable recovery of drugs and food manufacturing sector from near zero capacity to full production on accounts of NAFDAC's keeping faith with its mandate of enforcing standard under Dora leadership must serve as a reference point for other sectors and other public agencies. NAFDAC under Dora showed that domestic commonsense and passion to enforce the rules promoted win-win outcomes of safety and job-creation compared to uncritical received wisdom of market forces , which fuels zero-sum game of profit for few drug merchants, poverty and death for many innocent others. Put in another way, our salvation lies in our resolve to look at the faces of our people (here, consumers of drugs) and local producers (here, drug manufacturers) through standardization . Dora's 7- year tenure at NAFDAC shows that the intellectual/doctrinaire assault on public institutions as inefficient, corrupt presented by IMF and World Bank (paradoxically these are also global super public institutions) is unhelpful and should be ignored. NAFDAC shows that public agencies can work like any other private agency when knowledge-driven. Dora's impeccable credentials and her passion to overcome the Nigerian malaise of sickening disconnect between knowledge and performance or the appalling connect between knowledge and dishonesty and corruption explains her remarkable achievements. According to her, before she took over NAFDAC, we 'had a regulatory agency for over two decades and it was as if we have no regulatory agency'. 'We had counterfeit drugs, drugs without active ingredients, drugs with insufficient active ingredients, drugs that were labeled what they were not, and of course expired drugs'. How many chieftains of our existing hundreds of parastatals and regulatory agencies can look at the past with such disdain on accounts of making an appreciative change?

Akunyili was was certainly not tokunbo. She was not out sourced from Diaspora either. She was home grown. It was even self-evident that she was monthly paid in Naira. Dora herself attributed her success to the support by all, namely from President she served to her workforce and millions of anonymous praying Nigerians.

The lesson here is that motivation for public officers needs not necessarily be dollarised but could flow from the support and solidarity of the employer and above all, the conviction, productivity and dedication of the public officer to his/her calling and humanity in general. The challenge however is the sustainability of NAFDAC model of regulation. Whatever NAFDAC is today, Dora's tenure remains a reference point of performance. Understandably her numerous outstanding awards can fill a library. They included 'the Time Magazine Award 2006 ( One of the 18 Heroes of our Time) - Time Magazine Inc.; Person of the Year 2005 Award by Silverbird Communications Ltd; Award of Excellence by Integrated World Services (IWS), Dec. 2005; Award of Excellence - Advocacy for Democracy Dividends International, Lagos; Meritorious Award 2005; An Icon of Excellence Award by the African Cultural Institute and Zenith Bank Plc; 2005 Grassroots Human Rights Campaigner Award London Based Human Rights Defense Organization, 2005; Most Innovative Director Award Federal Government College, Ijanikin, Lagos, 2005 and Integrity Award 2003 winner given by Transparency International' . May her soul rest in perfect peace.