Sex And The Single Life 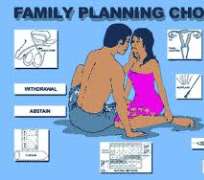 Every topic is made up of words and every word has its own meaning so it is imperative that I define the key words in this topic before proceeding beyond this juncture. The key words are, by my own observation and conclusion, 'Sex' and 'Single'.

As for the word 'single', the simplest definition is that it stands for someone that is a grown-up but not yet married.

In discussing the topic 'Sex and the Single Life', one has to take into consideration 2 diametrically-opposed (in terms of ideology) schools-of-thought. The 1st School-of-Thought is the one that authoritatively states that it is better for singles to abstain from any form of sexual encounter before marriage not only because of the risk of plausible sexually transmitted diseases and infections (e g HIV-1, HIV-2, HAV, HBV, HCV, HEV, HPV) due to the near impossibility of singles to maintain one sexual partners but mainly because of the high level of emotional feelings that would surely be involved. What this means is that many young boys and girls that become involved with sex at early age, or more appropriately, before marriage are likely to be emotionally derailed or detoured due to strong emotions required in a sexual relationship, usually (and factually) leading to their inability to cope at their studies in formal schools or understand what they are being taught in their informal vocational schools or be efficient at their semi-skilled jobs.

The 2nd School-of-Thought, on its own, maintains that it is better for singles to be actively involved in sex to an extent before marriage to enable them garner sexual experience they would eventually use to advantageous purpose with their spouses when they eventually marry. This 2nd School-of-Thought clearly believes that it is better to learn how to drive a metaphorical car before buying it to avoid unregistered drivers to join in the co-driving of the said car. Sexual experience counts a lot in marriages and this school-of-thought is of the opinion and subsequent conviction that a single must have this experience in real (not virtual) terms before marriage to avoid losing a marital partner to (or sharing a marital partner knowingly or unknowingly with) more sexually experienced fellows, an act which mostly leads to avoidable marriage dissolutions which promptly turns the married spouses to senior singles (or euphemistic divorcees).

Nobody can decide for you. The facts are clear, the decision is unarguably yours.