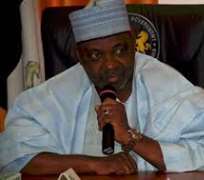 The Federal Government plans to invest $4billion for the construction and rehabilitation of transmission infrastructure in the country, as it works towards realizing its promise of providing stable power in the country.

Vice-President Namadi Sambo disclosed this in Abuja when he received the Vice-President of the State Grid Corporation of China, Mr. Cheng Wei, at the Presidential Villa.

According to him, some of the major power projects that  attracted transmission such as the Mambila Hydro Power project, are to be executed under a public private partnership  (PPP) arrangement.

Both the transmission and project consultancy would cost  $6.4billion, the counterpart fund of $1.6billion had already been provided by the government.

The vice president assured the corporation of fair competition in the planned transmission projects in the country.

He said he was  impressed with the experience, capacity and the capability of the Chinese company, adding that the company was coming at the right time when the transformation agenda was set to provide adequate power supply to the country.

A statement by the Senior Special Adviser on Media and Publicity to the Vice President, Umar Sani, reads,

'The vice-president said the Transmission Company of Nigeria (TCN) and the Niger Delta Power Holding Company were the two companies that would implement the projects with the active participation and supervision of the ministry of power.

'Sambo added that some of the major power projects that would attract transmission include the Mambila Hydro Power project to be executed under a PPP arrangement and that both the transmission and project consultancy would cost $6.4billion and that the counterpart fund of $1.6billion had already been provided by the government for such an important project.'

Earlier, the group, which was chaperoned by the Chairman Integrated Energy Mr. Olatunde Ayeni, invited the Vice President of the SGCC for Powerpoint presentation on the capacity, asset, revenue base and accumulated experiences of the company.

'The company was proud of its place in the provision of ultra high voltage technology, Power Grid Construction Field and Transmission,' Ayeni said in the statement.