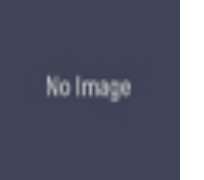 A self-proclaimed prophetess, Chinyere Nwachukwu, has been remanded in Kirikiri Prisons in Lagos State, western Nigeria, over an alleged fake love potion prepared for a woman, Amarachi Egekonye, 36, seeking for a man that would marry her.

The 32-year old Chinyere was arrested by the police at Ikotun Division, Lagos and charged with obtaining money under false pretence and stealing under the Criminal Code before Ejigbo Magistrate's Court, Lagos.

The victim alleged that the prophetess told her that she was possessed with certain demons that were preventing her from getting married and to ward off the evil, Chinyere  demanded for N70,000 and MTN recharge cards worth N12,000 from her for the love potion and other spiritual assistance she would render.

Amarachi said when she agreed, Chinyere took her to her Arida-Ikotun prayer house where she collected the money and the MTN cards for 'spiritual communication'.

Thereafter, the suspect bathed and prayed for Amarachi. She also gave Amarachi the love potion and instructed her to use it regularly to attract a man that would propose to her.

The plaintiff alleged that the prophetess assured her that her 'husband' would approach her at a fixed date after using the love potion.

Amarachi said she realised that her prophecy was a scam when the love potion did not work. Rather, the only man she had hoped to marry her also left her instead of proposing to her.

learnt that in annoyance, Amarachi challenged the prophetess and asked her to refund her money. But the suspect refused to do so.

She alleged that the suspect threatened to place a curse on her if she demanded for the money again.

Amarachi reported the case to the police who arrested the suspect.

When questioned, the prophetess said the woman asked her to pray for her to get a husband which she did and the rest was for God to fulfill.

Nwachukwu was charged to court for the alleged fraud.

When she was arraigned, she pleaded not guilty.
The presiding Magistrate, Mrs M.B. Folami granted her bail in the sum of N50,000 with one surety in like sum.

However, the court remanded her in prison custody pending when she would  perfect her bail conditions.