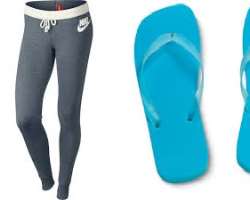 Clothes do make the person. The clothes you wear not only provide a first impression, but they also give clues about your personality.

Would you dress in suit to a date at a fancy restaurant? What about singlets and shorts on a first date?

If you do not give your first-date outfit some thought, you could end up starting your date on the wrong note.

The worst kind of clothing for a date makes you feel uncomfortable, and If you are a jeans and t-shirt kind of person, you can still dress up while keeping with your personal style. Resist buying short and tight dresses because you think you have to wear it; you will only end up feeling self-conscious.

Dates make you nervous, and you don't want to add to this stress. While some people are convinced that a person's clothing doesn't affect interpersonal chemistry, what you wear actually does count if you're trying to make a good impression — particularly on those crucial first or second dates.

Herewith, we present a few tales from the trenches about dates gone awry for both males and females due to clothes that should have never left the wardrobe.

1)Showing off too much cleavage

Men like curves, to be sure, but they don't always like them shoved up into their faces, not on a first date, at least, most especially, the serious minded ones. Of course, we don't want them saying, 'I met this great woman but I had a hard time talking to her because she had huge breasts and wore a low-cut dress. All I could do was stare and wonder if they were real or not. And most definitely, they will never even get to know that woman, because they won't ask her out again.” It's not that men don't want to have sex, they do — they just don't want to sleep right away with women whom they might want to marry someday. So ladies, don't dress for the bedroom on a first date!

They may seem elegant to some men, but those long, artificial, fingernails, can actually scare the life out of many single men.
In a chat with some guys, to inquire if they fancy such at dates, one of them said, his date was really pretty, but I took one look at her nails and thought she was going to scratch me to death.
So ladies, get your nails manicured, put on a nice color for the season and stay away from anything neon, which is trendy and fine for a girl's night out, but not a good look for a first date.

“I once went on a second date with a woman who actually showed up in a wedding inspired dress,” says Franklin, a 28-year-old entrepreneur from Lagos, “I turned pale when I first saw her, but then kind of let it slide. Unfortunately, my friends who saw us together, still tease me about it, they ask me how my 'wife' is doing” Franklin says.

4) Wrong Cloth For The Right Season

Wearing terrible outfits when the sun is high hot such as blazers, a jacket, full length fur coat, not only gets the woman excessively sweaty and makeup ruined, but also just plain scary, despite her pretty looks.

This is specially for our Nigerian ladies that like to imitate the Europeans, not minding culture, weather etc.
Yes, they are still somewhat trendy and comfortable to walk with, but it is a fashion turn-off for a date night.
Ladies are rather advised to wear such kinds of slouchy boots while running errands or hanging around the house, but best to leave them in the closet when it's time for a date, unless you've been dating a long time and don't mind being 'sweatpants casual' around each other.

Most guys don't find them to be feminine or sexy, but would rather see a woman wearing a sandal or high heel and even flip-flops rather than Uggs.”