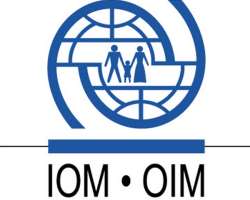 In the framework of the tripartite agreement signed in November 2013 between the Kenya and Somali governments and UNHCR, IOM and UNHCR agreed to carry out the survey to ensure that refugees' views and concerns are heard and taken into consideration in the planning process for their voluntary repatriation.

In the next two months, 50 enumerators trained by IOM will be in the field to interview a sample of 7,453 households, representing 27 groups of refugees from nine different regions in Somalia, who arrived in three phases in Dadaab.

The survey questionnaire designed with inputs from UNHCR and the Multi-stakeholders Return Group will seek to understand the refugees' views on the repatriation process.

The survey will gather information on the previous situation in Somalia in terms of livelihoods, property, what forced the families to move from Somalia, current living conditions, skills and occupation, the reason why they may choose to return, and their expectations with regard to access to services, security, employment and housing in Somalia.

The survey will provide the estimated number of families that voice an intention to return to their place of origin or elsewhere in Somalia.

Households will be the primary units of observation and interviews will be conducted with the heads of the households or any other adult member representing the head of the household in his or her absence. Participation to the survey is voluntary and anonymous.

A comprehensive communication campaign has been organized, including a press conference in Dadaab, public service announcements on radio, and extensive information meetings with refugee leaders. Community mobilizers were hired among the refugee community to help convey the right message to the families in the camp about the objectives of the survey.