BBA Winner Dillish May Have Broken Up With Boyfriend, ‘Stephen’ 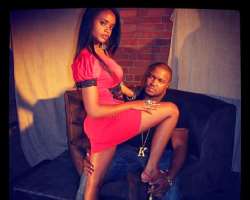 BBA: The Chase winner Namibia's Dillish Matthews may be having a heartbreak after another report of her splitting with Stephen comes up, in 2013,the entertainer has released a new photo that proves they were still together when the news of their splitting came up, she had shared pictures taken at a friend's wedding ceremony with him, however, this time there is a proof that they may have broken up.

Lately, she has been spotted with in a romantic dinner with Flavour, that may not be a reason for sources claiming that she has broken up with him have this to say “Well if you think we are lying go to her instagram page and see for yourself All the beautiful pics of herself and her beloved steven has Disappeared…”

Dillish has not spoken about this which means it is rumour until they come out to say they have separated.