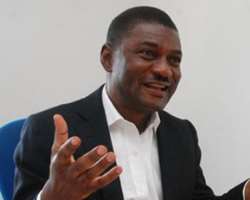 While former Senate President, Ken Nnamani, former Governor of old Anambra state, Senator Jim Nwobodo and immediate past governor of Enugu state, Senator Chimaraoke Nnamani had variously held the position between 1999 to 2011, the position, is currently being occupied by senator Gilbert Nnaji, who is also the chairman, senate committee on communication.

The former who is presently the Director- General of the Nigeria Economic Summit Group, (NESG) told newsmen in Enugu that his decision to join the Senate race was borne out of his desire to provide quality representation to people of the zone.