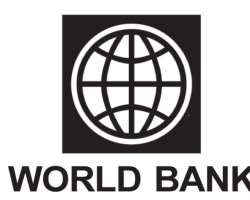 WASHINGTON, January 27, 2014/African Press Organization (APO)/ -- With more than half of Sub-Saharan Africa's population now under the age of 25, and as many as 11 million young Africans expected to join the labor market every year for the next decade, creating millions of productive, well-paying jobs will be vital to boost economic growth, significantly cut poverty, and create shared prosperity in Africa, according to a new World Bank report on youth employment in Africa.

While many African economies have registered impressive economic growth in recent years, poverty levels across the region have not fallen as much as expected and young people looking for better-paying work have been at a great disadvantage. This is partly because many African countries rely heavily on oil, gas, and mineral extraction which boosts economic growth but does little to create new jobs for the region's fast-growing youth population or reduce overall rates of poverty.

In a new comprehensive regional report on the subject, 'Youth Employment in Sub-Saharan Africa' notes that close to 80 percent of the workforce will continue to work on small farms and in household businesses in the near future. While the modern wage sector is growing very fast in some countries, it cannot create enough jobs to meet the youth employment challenge now preoccupying governments in every corner of the continent.

“Attracting investment into large enterprises that create wage jobs in the mainstream 'formal' economy is critical, but it is only part of the solution to Africa's youth employment challenge,” said Makhtar Diop, World Bank Vice President for Africa. “For the millions of young people who are just surviving in the hidden 'informal' sector, they will need greater access to land, skills training, and credit to thrive. This will be a game-changer for small farmers and entrepreneurs who will prosper as African economies grow, in close cooperation with the private sector.”

Diop adds that making high-quality science and technology education more accessible to young people and shaping higher education courses to fit the skills needed by the modern jobs market was increasingly a high priority for many African countries. New development partners such as China, India, and Brazil are actively working with the World Bank to help develop these science and technology skills for Africa's youth.

The new report notes that manufacturing, services, and agriculture are traditionally labor-intensive sectors that can generate productive work for young people. As working populations age in other parts of the world, young Africans could find their labor and skills increasingly in high demand internationally if their governments pursue policies that improve education and job training for their youth.

For example, the report notes that young people who received cash grants from the Northern Uganda Social Action Fund to pay for their vocational training and assets needed to start a business later earned 41 percent more than others who did not receive this support. They earned more because nearly three-quarters of them took the opportunity to pay for training and enter a skilled trade. The program was particularly successful in helping young women to break free of poverty.

Recent evidence also shows that programs that help young people acquire a range of complementary skills are very promising. In Liberia, a program that offered a combination of technical, behavioral skills and business skills to adolescent girls and young women was highly effective in increasing their levels of employment and income. The business and professional-behavioral skills training allowed them to raise their monthly incomes by an average of US$75—a 115 percent increase.

“Governments can approach the youth employment challenge in two important ways—by helping to improve the business environment to spark more private investment, and also by investing more in young people's education and other skills to create brighter life prospects for them,” said Deon Filmer, Lead Economist at the World Bank and a co-author of the report.

Louise Fox, former Lead Economist at the World Bank and currently a visiting Professor at UC Berkeley, notes: “In addition to promoting investment and competitiveness, the quality of primary education, the right nutrition for young children, and basic healthcare for all are a must to improve the quality of life for Africa's young people and their future productivity.”