Mavin Records Signs In another A new Female Artiste 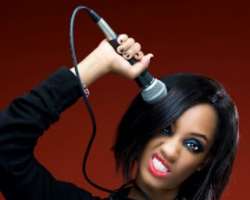 Forget about all the hype about the 1st wedding anniversary between Nollywood actor/producer, Yomi Fabiyi and his European wife, Fran, it was a facade, or was it not (only Yomi and Fran can confirm that). Anyway from reliable sources, the marriage has crashed like a badly arranged cards. What could have caused this, remember what Yomi said last year (read it here, if you missed it).

The major issue between this couple borders on co-habitation (there is a major disagreement on the place to call HOME), Yomi wants to stay in Nigeria where his movie career is steadily on an upwards movement while Fran seems to prefer United Kingdom, where she was living before the marriage and is still currently living. The centre obviously is no longer holding in this marriage that is a just over one year (even though they stayed together for just one week after the marriage).

“What has a beginning definately have an end. I still dnt know why I will leave my career to start up somwia. Maybe some wil blv me wen next”

Anyway, will update you later (hopefully)