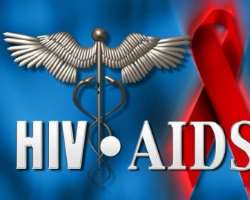 
Recent reports of alleged complications and even death resulting from the use of an HIV/AIDS drug in Nigeria call for a total review of the system of monitoring and enforcing safety standards in the manufacturing, importation and administration of drugs in the country. If the country still has any respect for the sanctity of life, this situation offers an opportunity for a thorough investigation into the controversy surrounding the approval of Tyonex antiretroviral drug for use by patients when the drug did not actually meet the World Health Organisation approval standards.

Reports quoting the Coordinator of the Network of People Living with HIV/AIDS in Nigeria, Edward Ogenyi, claimed that an unnamed company was licensed to manufacture the antiretroviral drug in Nigeria despite not meeting the usual prequalification specifications of WHO. As a result, rather than get succour, patients complained of 'disharmony within the body system and adverse reactions' after taking the drug.

Ogenyi said NEPWHAN was forced to intervene after its members voiced their resolve to discontinue the use of the drug following a reported loss of life. These are serious issues that must be investigated with a view to bringing to book all those whose culpability is established. Apart from the scandal of licensing an unqualified company to manufacture such a sensitive drug, it is also shameful that it took a protest outside the shores of Nigeria, with the attendant international embarrassment, for the authorities to wade into the matter. Ogenyi said, 'We took the matter to the global level and the whole world was surprised that, in this part of the world, companies that do not have WHO prequalification are being allowed to produce essential medications, such as ARV drugs.'

The Human Immunodeficiency Virus, responsible for the Acquired Immune Deficiency Syndrome, is a condition which is believed to have no cure. Until the development of antiretroviral drugs, it was considered a death sentence to be infected with HIV. Left untreated, the virus, in an infected person, progresses into AIDS, the terminal stage of the infection. HIV, at this stage, kills by attacking and destroying the human immune system and exposing the patient to opportunistic infections. Simple infections, which should ordinarily be fought off by a healthy immune system, become fatal in an AIDS patient.

For such a person, the only hope of living a 'healthy' life is through a lifetime dependence on ARV drugs. And if for any reason the treatment is suspended, the patient may not only suffer a relapse but the virus could also develop resistance to the drug. Whenever this happens, it is a setback to efforts to bring the disease under control. This is why the ongoing controversy should be handled with utmost circumspection. There is a possibility of more fatalities, especially if the affected NEPWHAN members no longer respond to available ARV drugs following the failure of the controversial Tyonex.

Despite efforts to control the HIV/AIDS pandemic, it remains the third leading cause of death in low income countries such as ours, behind coronary heart disease and lower respiratory infections. Figures from WHO indicate that about 70 million people have been infected with HIV/AIDS, while 35 million have died worldwide since the beginning of the pandemic in the early 1980s. But while there has been considerable progress made to reduce the incidence of death and infection in developed countries, sub-Saharan Africa continues to lag behind. WHO says, 'Sub-Saharan Africa remains (the) most severely affected with one in every 20 adults living with HIV and accounting for 69 per cent of people living with HIV worldwide.'

Through massive scale-up of ARV therapy, what was once regarded as a death sentence has witnessed considerable reduction as the world still remains dogged in searching for a cure. But the progress enjoyed in other parts of the world will continue to elude Nigeria if incidents such as the Tyonex antiretroviral drug are left unaddressed. It is not surprising that Nigeria, with about 3.5 million people living with HIV/AIDS, has the second largest number in the world, next only to South Africa, which has about 5.6 million.

Nigeria's health authorities must swing into action immediately by first withdrawing the controversial drug from the market. This is a classic case of people taking advantage of the unfortunate members of the society to enrich themselves. A thorough investigation should be undertaken by a neutral body, possibly the National Assembly, to find out how the National Agency for Food and Drug Administration and Control managed to approve the drug and the role of the Federal Ministry of Health in the matter.

Besides, the need for enlightenment cannot be overemphasised. Sexually active people should be told about the dangers of unprotected sex and the need for fidelity by those who are married. Abstinence, insistence on the use of screened blood for transfusion and non-sharing of hypodermic needles remain the best way of staying free of infection. The government should also play its role of making available the right type of ARV drugs while making sure that mother-to-child transmission is drastically reduced.