WARNING ON: The memorandum of understanding that Nigeria has struck with the Western Australian Police 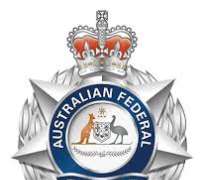 The memorandum of understanding that Nigeria has struck with the Western Australian Police, given the clearly documented history of WA Police hypocrisy regarding fraud, will ultimately be proven to be damaging for Nigerians

The Commonwealth Secretariat has in sponsoring the memorandum of understanding breached the provisions of the Charter of the Commonwealth for democracy, freedom of expression, separation of powers and the rule of law

The fundamental reason I'm providing you with the attached copy of my letter of 24.12.13 to the Western Australian Police Service Commissioner is the failure of the WA authorities to respond to my persistent attempts to provoke their agreement to my request for a meeting.

To put it bluntly, I say the memorandum of understanding that has been struck means that 'white collar crooks' of WA responsible for major fraud will get the help of the Nigerian Police to rid WA of the irritation of relatively minor fraud caused by 'blue collar crooks' of Nigeria. There is the faint stench of imperialism to it.

I am not acting on my own assessment of the fundamental situation here; a situation that is much less about the original claim of corruption I initiated than it is about the subsequent cover-up. Sixteen Members of Parliament have attempted to provide support for a resolution. From opinions provided to me it is clear that my request for a meeting is reasonable. The following statement made in Parliament on 9.8.11 about my situation is indicative of the approach to 'good governance' in WA:

I put to members directly that the number one reason this matter has not been dealt with is because this man blew the whistle on a range of prominent Western Australians and he deserves to be punished! That is why the matter has not been resolved and why it remains unresolved now.

Critically, the opinions as to the reasonableness of my request for a meeting are underpinned by evidence as to the fact that, as a public servant, I initiated a public interest claim as to fraud, misappropriation, abuse of office, falsification of records and perjury that has never been the subject of a genuine investigation. That is the irrefutable simplicity of the situation.

However, that officer at the centre of my fraud claim received one of Australia's highest awards, the Order of Australia, on the recommendation of a panel including two individuals against whom I'd made a number of claims under the Criminal Code to the Police.

Furthermore, the Queens Counsel, now the Governor of WA, who had been responsible for complaints against the Police and the Corruption and Crime Commission failed to support my requests for the opportunity to present under formal conditions the documents I have in support of the paper entitled Considerations as to the Legitimacy of the Appointment of the Police Commissioner: A Graphic Illustration of the Administration of Public Interest Disclosures in Western Australia that I provided to him on 27.12.06.

The following was reported by the Nigerian media:
Wilson Uwujaren, the spokesman for the EFCC [Economic and Financial Crimes Commission] said that the MoU [Memorandum of Understanding] had been signed and sponsored by the Commonwealth Secretariat, and that the just cemented collaboration between the EFCC and the Major Fraud Squad, MFS of the WA Police is a commitment and next phase of the eradication of economic and financial crimes in Nigeria.

The Commonwealth Secretariat has no integrity. I made three very detailed submissions to the Ministerial Action Group regarding wider aspects of what I'm advising you of today. I argued as to a comprehensive breakdown of the political and justice systems in WA. The MAG is the part of the Secretariat with a mandate to examine “serious or persistent threats to Commonwealth fundamental political values from a structural perspective”. A copy of the letter covering to my first submission to the MAG is attached. I made additional submissions to the Australian Department of Foreign Affairs and Trade (DFAT). I did not even get a reply from the MAG. In an email from someone purporting to work with the MAG it was argued that my submission constituted a “personal grievance” and as such couldn't be “construed as falling within the remit of this ministerial body”. DFAT refused to help.

In short, the Commonwealth Secretariat, having refused to even consider the evidence I provided as to the involvement of the Police Service Commissioner of WA in fraud, has in sponsoring the MoU effectively entangled Nigeria in a serious and persistent threat to Commonwealth fundamental political values from a structural perspective.

From even a very cursory look at the Internet regarding government in Nigeria I strongly suggest it can be seen that any data as to a standard of governance, such as that in a category similar to that I've provided in regard to WA, would receive attention in Nigeria until a resolution was achieved. In particular, it can be seen that the number of political parties and newspapers ensure dialogue about significant issues and ultimately a resolution of some sort.

Due to the conditions in WA, I can't even provoke an agreement to a meeting. There is simply no response the challenges I've persistently put to the of authorities to undermine my contention that there was never a genuine investigation of my claim of corruption that is based on the official records of Parliament, Corruption and Crime Commission Reports and transcript of testimony. Similarly, the media give no attention.

Respectfully, I ask that you seek to have either the Commonwealth Secretariat, the Australian Minister for Foreign Affairs or the Police Commissioner of WA address this information.