'Why Mandela was angry with Nigeria' 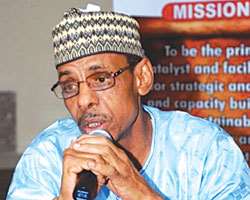 
'IT is better to help a friend pay his fine, than tell a lie to help him cover a crime.'  – Nigerian proverb.

It was literally a life-long ambition, and I used every opportunity to meet the old man in person. I was finally in a position to press buttons and call old friends to render favors, and in early 2007 I succeeded. I was told I could see Mandela for only 30 minutes at his home, but I needed to get there one hour earlier.

Colleagues I had leaned on were skeptical that I would see him despite the appointment, particularly since I will not say it was official. An old South African friend and course mate from South Africa, who helped, suggested I asked questions or matters I wanted to discuss with him and send them in advance. I did not think that was the type of meeting I wanted, so I did not.

Mandela was surprised when he was told I worked at the Nigerian Ministry of Foreign Affairs, but had spent six months trying to see him to pay my personal respects. Why did you not go through your colleagues here? I told him the visit was not official. I just wanted to meet him. He relaxed and apologised that it had taken that long for me to see him. Others left us, except a lady, who sat discreetly away from us. I thought she was a medical person.

How are my Nigerian brothers and sisters? He asked me. He will not let me take the initiative. 'You know I am not very happy with Nigeria. I have made that very clear on many occasions'. Now I was curious. I knew of course that he led our suspension from the Commonwealth after the hanging of the late Ken Saro-Wiwa and his Ogoni compatriots. It was also no secret that South African governments including one he headed had considerably cooled off towards Nigeria, and by the time I was meeting him, Nigeria was a dirty word in most cities in South Africa. I mentioned that Nigerian people had very strong and positive dispositions towards South Africa and the Southern African region, and many were puzzled that people who marched all the way with South Africans can be despised by the governments and people of South Africa. Yes, he responded. Nigeria stood by us more than any nation, but you let yourselves down and Africa and the black race very badly.

I knew I was going to get a lecture, so I sat back. He spoke with passion and anger at a nation, which has one-quarter of the black race, and had everything, needed to be great, but is known principally for its dictators and its criminals.

Your country, he said, used to be respected. After your suspension from the Commonwealth, many western countries approached me to help in isolating Nigeria so that it will be easier to bring down your military dictators. I consulted many African leaders, and all were unanimous in their advice. They told me to stay clear of Nigeria, that you will fix your problems. You have done it before. 'But', he shook his head, 'you have not. Not this time'. The world will not respect Africa until Nigeria earns that respect. The black people of the world need Nigeria to be great as a source of pride and confidence. Nigerians love freedom and hate oppression.Why do you do it to yourselves? He remembered Tafawa Balewa, the first leader who gave his party, ANC, financial contribution.

I saw an opening here. I suggested that all Africans are bitter at their leaders. With due respect, I said, his presidency had not changed lives of black South Africans much, and his successors are not likely to do so. Yes, he agreed,' but we raised hopes that others can do so. 'He was back to Nigeria. 'Your leaders have no respect for their people. They believe that their personal interests are the interests of the people. They take people's resources and turn it into personal wealth. There is a level of poverty in Nigeria that should be unacceptable. I cannot understand why Nigerians are not more angry than they are', he continued.

Since it was obvious that he was intent on pouring his heart out, I decided to let him speak. 'What do young Nigerians think about your leaders and their country and Africa? Do you teach them history? Do you have lessons on how your past leaders stood by us and gave us large amounts of money? You know I hear from Angolans and Mozambicans and Zimbabweans how your people opened their hearts and their homes to them. I was in prison then, but we know how your leaders punished western companies who supported Apartheid'. I reminded him that we had elected governments since 1999, and he knew some of our leaders in person. Yes, he did. 'But what about the corruption and the crimes?' he asked?  'Your elections are like wars'. Now we hear that you cannot be president in Nigeria unless you are Muslim or Christian. Some people tell me your country may break up. Please don't let it happen'.

He sat back. I obviously got a lot more than I bargained for. Then he mellowed down, and apologized. He had not even asked me what I wanted to see him for, and he was tearing at my country. It was fine, I assured him. I merely wanted to meet him and pay my respects. He then asked me a lot of personal questions, and in particular what I was doing personally to improve the capacity of the Nigerian people to build the nation to be a source of pride and comfort for Nigerians, Africa and the black race. But he was in a lecturing mood.

'Let me tell you what I think you need to do' he said. 'You should encourage leaders to emerge who will not confuse public office with sources of making personal wealth. Corrupt people do not make good leaders. Then you have to spend a lot of your resources for education. Educate children of the poor, so that they can get out of poverty. Poverty does not breed confidence. Only confident people can bring changes. Poor, uneducated people can also bring change, but it will be hijacked by the educated and the wealthy'.

'Like South Africa today, sir', I quipped. He paused. 'It will be difficult for the world to understand that it will take generations to eliminate the structural roots and effects of Apartheid.' 'But', I drove the point home, 'You created the impression that the political compromises and concessions you made would lead to a dramatic change in the fortunes of black people'. 'Dramatic?' he asked. 'In many ways we achieved dramatic results'.' Like in sports', I pressed further. 'Sports is important to South Africans. It gave them confidence to believe things are possible. And it united them'. 'But sir, it created a false sense of progress, and people here think it is all a gimmick by white people to create a diversion'.' It is not a diversion, he countered. It is real. South Africans will have to come to terms with the reality that their country is a multi-racial, multi-cultural nation with rich and poor. Any efforts to reduce the gulf between the races and classes is useful, he insisted.

Then he was back to Nigeria. People had said to him that South Africa could become an alternative beacon of hope and inspiration for the black race and Africa. He told them it was always going to be Nigeria. Nigeria, Egypt and South Africa can provide a tripod for real change but young Africans need to capture that vision. 'So', he said to me, 'If this audience has been useful, I am glad. But it will be more useful to me if you go back to Nigeria and work to give young Nigerians good education. Teach them the value of hard work and sacrifice, and discourage them from crimes which are destroying your image as a good people.'

I have re-lived that rare opportunity many times since that visit. The 30-minute audience lasted for one hour, and I was escorted out by a man I saw close up as human as anyone. I had rarely come across such candor about my country, but it was clearly the product of genuine concern that one of Africa's greatest assets was being frittered away.

As he shook my hand to say goodbye, he apologized again over his comments, but assured me that he would love to see Nigeria grow and develop into a world economic power under a democratic system. If there is any comfort to draw from Mandela's disappointment, it will be that he may not have observed our free-fall as a nation in the last five years

• Dr. Baba-Ahmed is a retired federal permanent secretary of Ministry of Foreign Affairs