One Year On, Abia Pauses For Family Love FM’s Anniversary 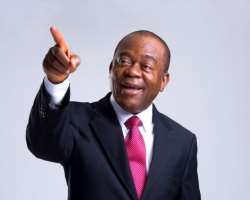 It was a day filled with an atmosphere of festivity when the owners of Family Love FM 103. 9 Umuahia, Multimesh Broadcasting Company rolled their drums recently in celebration for a station that within one year has made an indelible impart in the lives of its listeners in Abia and around the Southeast region.

The Umuahia Family Love FM's one year anniversary which held at the Michael Okpara Auditorium brought an opportunity for the radio station to review its scorecard in the comity of regions, as it portends into providing the background for projecting it into the future and setting a vision for years ahead.

The excitement over the 1 year anniversary of the Umuahia Family Love FM's existence is not altogether misplaced. A year is however a milestone, even in the life of a private owned broadcasting station.

To stress it better, the General Manager of the Umuahia station, Dr. Mrs. Crystal Jane Cosmas elucidated that one year ahead, it's appropriate that Nigerians should be sensitized about what the broadcasting station portends for them now and in the future.

“From the very first day this station was commissioned in Umuahia, we made a very tasking promise of informing, educating and entertaining the people here in the State and at the Southeast region at large. One year on, we have been able to keep that bond and promise, and that's why we are celebrating, and also telling the people to expect more from us”.

“Already, our mission statement to consistently stimulate and facilitate industrial development and economic empowerment of Nigerians, organizations and the Nigeria community through the provision of innovative, cost-effective and quality services to our esteemed listeners and customers are still in place; we will not change it but improve,” she said.

Adding, the Group Managing Director of Multimesh Communication, Sir Godfrey N. Ohuabunwa emphasized that the station was basically established to bring the people, families of Abia and the government closer to one another by closing all available information gaps that would cause undesirable actions due to ignorance.

“The Family Love FM is the digital radio broadcasting arm of the Multimesh Broadcasting Company. It is a new move in radio broadcasting, established on sound moral standing to reposition and keep the family together in line with the goals, aspirations and the overall vision of MBC. We are forthright, we uphold timeless values, and we stand for every family.”

Interestingly, the event came to climax when the Abia state governor, Sir T.A Orji led the guests to cutting of the anniversary cake, and thereafter was award presentation to highly respected and resourceful sons and daughters of the State.

Speaking, the governor of Abia state, Sir T.A Orji expressed satisfaction on the broad widening and advancement of the station, which he admitted to be proud of being a partaker. “I feel very happy to a partaker of this very establishment. This is one indigenous station with a local content, but globally driven. They came at the right time, and they've seen a haven here in Abia”.

“Through political reengineering, we have been able to maintain peace with an atmosphere for investment, and that is why you are seeing Family Love FM here today. They've shown the way for more investor to come to our dear State. Also, I want to thank them for this award of encouragement bestowed on us. Let them expect more,” he promised.

The significance of the occasion, however, went beyond celebration when on behalf of the awardees, the Nigeria High Commission to Canada, Chief Ojo Maduekwe took the guests on the thesis of his bicycle introduction while as a minister, but he later bounced back on the realities of the event.

In his words: “I want to say a big thank you to Family Love FM for this great day. It is a remark that the primary purpose of politics is to enlarge the cycle of hope. And that is exactly why within that circle of hope, we are witnessing peace, development and advancement in Abia state”.

“This station we are celebrating today shares in that vision of enlarging the circle of hope. The station stands for love, and they've been part of that magic. It shows that the power of an idea can for no reason be resisted. From this award presentation today, it will further enlarge the circle by spurring us to do more,” he assured.

For making the State to be economically viable for investors, the Chairman Board of Directors, Multimesh Group, Mazi Sam Ohuabunwa thanked the governor for his outstanding role towards the reign of peace and security for the people of the State and corporate investors.