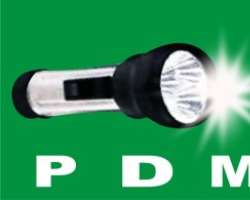 
The Peoples Democratic Movement (PDM) has denied any form alliance or merger plans with the opposition All Progressive Congress (APC).

The National Chairman of the Party, Mallam Bashir Yusuf Ibrahim, said on Monday the party  has no immediate plans to  merge or align with any other political party in the country.

Speaking through his Media Advisor, Alaba Yusuf, the chairman dismissed media speculations suggesting such an alliance or merger plans. Some reports had said that the  PDM was in a merger or alliance talks with the APC.

According to Ibrahim, 'It is figment of the fertile imagination of some political wishful thinkers or soothsayers. PDM, as the oldest political party in Nigeria today, is here to stay. The only committee we have put in place recently is our membership registration committee.

'We have already registered millions of members and are planning to register millions more. Although we welcome constructive dialogue with any political party to further good governance and genuine developmental interest of our country, but merger or alliance is not under consideration for PDM; now or in the foreseeable future.'

He said that the party was still on a nationwide membership drives, with members of its advisory committees traversing the nooks and crannies of the country, sensitizing and mobilizing the public in view of its anticipated manual registration of members.

The party, Ibrahim added, had slated its congresses and national convention for early next year.