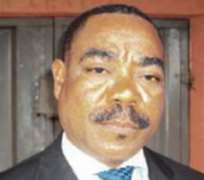 Sixteen political parties in the State have accepted the result collated by INEC in the Anambra Governorship election.

Speaking to journalists after their meeting in Awka, Chairman of the Parties said they abide by the final outcome of the exercise.

Presenting the stand of the political parties, the Chairman of Congress for Progressive Change ( CPC), Prince Chuba Ikeagwu said they would also back INEC in its proposed supplementary elections for the conclusion of the governorship election to enable INEC declare the result without further delay so that the State could move forward.

They commended INEC, security agencies and other stakeholders for conducting a peaceful election without loss of life and destruction of properties in the State.

The political parties assured that they would give total support to whoever emerged the winner of the election.

In his contribution, the State Chairman of KOWA, Evangelist Isaac Omouka said the election was free and fair and their was no ground for the call for neither cancellation nor resignation of INEC officials. Evangelist Onwuka stressed that the collective interest of the State should be placed above every other considerations.

Also speaking, the State Chairman of ACD, Mrs. Oby Okafor enjoined INEC to conduct the supplementary election as soon as possible to declare the Winner of the election.

Speaking in a similar vein, the State Chairman of MPPP, Evangelist Samuel Anidike said everybody should accept and support the outcome of the election as the will and mandate of the people should not be compromised.