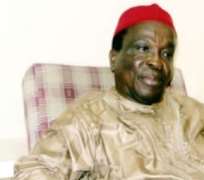 
Hopes are high that university lecturers may end this week as the National Executive Committee (NEC) of the Academic Staff Union of Universities is scheduled to meet Wednesday night.

The expectation is that they may direct the call off of the over four-month-old strike on Thursday.

It was learnt that the ASUU national executives be meeting  on Wednesday night to review the the position of of the congresses of the over 50 public universities on the offer made by President Goodluck Jonathan towards revamping the universities.

According to reports, the ASUU leadership, after briefing the zonal coordinators  on  the offer, directed the local branches   to organise  congress meetings between Friday last week and Tuesday (tomorrow).

The congress meetings were meant to generate grass root input into the action the union would take after its NEC meeting on Wednesday.

The reports show that most universities that had organised their congresses  indicated preference for the suspension of the strike.

A source said that the the lecturers are likely to call of the strike on Thursday.

A national newspaper THE PUNCH reported that some top officials of the union in some of the nine zones of ASUU have said even though they were not happy with the plan by the government to inject N220bn yearly into the public universities for the next five years, they were pleased that a commitment had been obtained by the union.

The newspaper said that though the Ibadan Zonal Coordinator of ASUU, Dr. Nasir Adesola, confirmed that the NEC meeting would hold on Wednesday, he did not say whether the strike would be called off or not.

'Yes, the NEC will hold on Wednesday evening but ASUU has a process which we are going to follow. NEC reserves the right to call off the strike after due consultation with members and this is why congresses are being called in all the chapters of the union. Please, wait till after the congress,' he told one of our correspondents on the telephone.

The Federal Government last week offered inject N1 trillion into the university system to be released N220bn yearly for the next five years beginning from 2014.