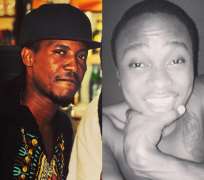 Jesse Jagz has thrown his weight behind Brymo, who exited Chocolate City Record label shortly after he (Jesse Jagz) left the same label under a more controversial way.

Last week, the label, Choc City, reportedly obtained a court injunction restraining Brymo from releasing any song, album or performing any music at any function without their approval until his present contract with the label expires in 2016.READ IT HERE

This was rubbished by Brymo, who reportedly claimed that Choc City lied about the court injunction.

However, Jesse Jagz, commenting on the controversy on twitter, slammed the label for trying to stop Brymo's music career.

He wrote, "a record label claiming music they had no part in, you can't count eggs in a basket u don't have."

Chocolate City Music Versus Brymo Season 2, Brymo may Be Useless If...