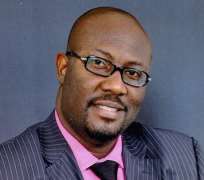 
THE Police, Wednesday, released anti-corruption crusader, Dino Melaye, who was arrested after he led a protest against the Minister of Aviation, Princess Stella Oduah over allegation that the Nigeria Civil Aviation Authority,NCAA, purchased two BMW bullet-proof cars worth N255 million for her.

This is even as a pro-Oduah group, emerged from the Federal Ministry of Aviation, located at the Federal Secretariat, Abuja, with some armed hoodlums and attacked the protesters led by Melaye.

The former member of the House of Representatives, Thursday morning, said that the Commissioner of Police in FCT was very civil and exhibited professionalism in the discharge of police duties.

'From there, I was moved to the Assistant Commissioner of Police (CID) and from there to the State Criminal Investigation Department; I was later transferred to CP.

'The man just said I should go. Nothing more, they didn't ask me anything and that was all. He pleaded with me concerning the way the Area Commander treated me. I must confess that the CP in FCT was very civil and nice.'

Melaye, a former member of the House of Representatives, was picked around 12:55 pm, by a team of police men, from the FCT Police Command,led by one ASP Odukoya Sunday, in a police Hilux jeep with registration number: NPF 2128C.

His arrest came following his refusal to allow the police drive away some of the protesters which they had arrested on claims of obstruction of traffic and disturbance of public peace.

He asked the police to arrest him rather than going with the protesters, who he noted, were innocent Nigerians expressing their constitutional and fundamental rights.

Before his arrest by the police,Melaye and the protesters were fiercely confronted by the pro-Oduah  group with dangerous weapons such as matchets, long knives and sticks, but the repeated pleas by Mr Melaye to his group to remain calm prevented the protest from degenerating into what could have resulted in serious injuries or possible death of some persons.

Placards, banners and hand bills bearing 'Oduah must go','Jonathan,sack Odua over corruption','if it was Yar'Adua or Obasanjo,  Oduah would have been sacked immediately,'were torn  to shreds by the pro-Odua group.

Journalists at the event were not spared by the pro-Odua group. The group attempted to seize some video camera.

Motorists, passers-by and onlookers were surprised at the turn of events given that the pro-Odua group carried dangerous weapons without any arrest or harassment by the police men.

The efforts of the hoodlums,Vanguard gathered,was aimed at frustrating the protest.

Reacting to yesterday's incident, the Special Assistant to the Minister Mr Joe Obi said   Melaye did  not have the credibility to embark on a protest against his boss.

He asked: 'In the first place how did  Melaye realize the funds he used in purchasing the fleet of over 20 cars which are numbered serially in his name? ' Secondly, has he accounted for all the funds he collected when he was at the National Assembly?'

He continued: 'Ever  since he lost re-election into the National Assembly, he has been involved in this business of  offering himself  for hire to organize protests.  He in turn hires other people who join him in embarking on his phoney protests. '

He maintained that Melaye's protests  were never anchored on altruism He continued: 'I  heard that there was some kind of disorder yesterday because he couldn't pay those he hired to embark on the protest he led.