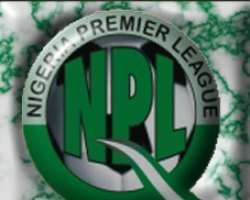 'Let's have live debate on NPL elections'
By Chimaobi Uchendu
Thursday , March 04, 2010
With all the hoopla over a new coach for the Super Eagles, we appear to have lost sight of something even more important, the elections into the board of the Nigeria Premier League (NPL).

We have not given this very important event enough time or coverage.

We have not put the candidates under the spotlight. We have not asked them questions that will let us know if they are going there to do a job for us or for their pockets.

We heard tales of stupendous, irrational spending and incredible personal graft about the last board. And yet, as we get ready to see new persons installed in there, we are not doing what needs to be done to make sure that it is the right men that get elected. I have heard some of what the candidates for chairmanship have said they want they want to bring to the league, and to be honest, none has impressed me.

Our domestic league is the most important building block for our football, as it provides the raw materials for a strong and vibrant Super Eagles team.

Yet, an event that will define the very future of the league at this transitional period in its life is barely given enough attention. I have either listened to, or read, at least, plans and programmes of three of the candidates for Chairmanship slot. They spoke on their plans for the league, and it all sounds to me like the same old broken record: Television, pitches, funding, sponsorship, blah! Blah!! Blah!!! None has talked about total overhauling that the league needs to succeed. None has talked about improvement on structures that needs to be made within the league and the clubs themselves.

None has talked about a proper media management of the league that will propel it forward. And so the proposal is, that we have a live, televised debate where all the candidates will face questions from the media, the public and even players as to what innovations they have in their knapsacks that will make the league function properly.

Let them debate with one another, and answer questions from us. That way, we will see if they are the right candidate or not.