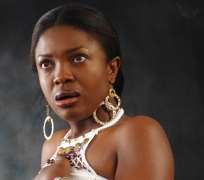 Death have not been so fair to the plane crash victims of few days ago as yesterday, 9th October was the 43rd birthday of Deji Falae's, Ondo State Commissioner for Culture and Tourism and son of Olu Falae, had he not been on the ill-fated plane crash.

Popular Nollywood actress Omoni Oboli yesterday took to her twitter page to mourn him. It was in the indeed a heartfelt message that caught the attention of other sympathizers who couldn't help but reply with comments, consoling the actress as well as families of the deceased.

“Death took you Deji, a few days to your birthday. God knows best. Father you are worthy of our praise. Happy Birthday! RIP! Forever in our hearts.

In another tweet the actress said, “Happy birthday Deji, you would have been a year older today. We remember you dear friend. RIP! What a pathetic event...other sympathizers also felt the pain she must be feeling.