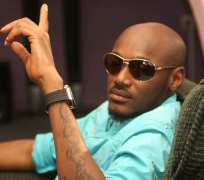 Also the youngest Nigerian non-inheritor millionaire and winner of the inaugural edition of the Nigeria's Got Talent (NGT) Television show, Amarachi Uyanne, and the first runner up of the NGT competition, violinist, Godwin Strings are slated to perform at this event.

Big Brother Africa – The Chase Housemates, Melvin Oduah and Beverly Osu will also add colour to the occasion as they storm the venue of the championship to support talented kids drawn from 16 African countries. Meanwhile, Arsenal legend, Robert Pires, has also confirmed his attendance of the closing event. He will arrive Nigeria on Saturday, September 21 for the Grand finale

Nigeria's topnotch songster, 2face will light up the stage and take excitement to a higher level as he performs hits from his rich repertoire of songs while Amarachi Uyanne and Godwin Strings will also relive moments of the maiden edition of the NGT show as they perform to thrill guests with what some enthusiasts have dubbed avant-garde entertainment.

This year's edition of the ARS kicked off Monday at the Agege Township Stadium with host Nigeria recording respective victories in the opening group matches against Kenya female and DRC male teams.

Broadcast by SuperSport and Canal Plus, the Airtel football competition provides the perfect platform to spot top soccer talents from the continent.

Segun Ogunsanya, the Chief Executive Officer and Managing Director of Airtel Nigeria, said: "Airtel has signed broadcasting pact with SuperSport and Canal Plus to ensure that young aspiring footballers get the Pan African media exposure they deserve. Fans across the continent have the opportunity to view the dazzling skills of these extremely talented players."

Mr. Ogunsanya confirmed that as part of its partnership with DSTV's sports channel, SuperSport, the Boys and Girls final matches will be broadcast live on Sunday September 22nd.

The best players of the tournament will participate in football clinics under the supervision of the best coaches of the Arsenal FC and Manchester United soccer schools. The clinics will be held in April 2014 in Lagos (Nigeria) and Lubumbashi (Democratic Republic of Congo).

The Airtel Rising Stars Africa U-17 soccer tournament is a unique pan-African initiative of Airtel Africa designed to create a pool of talents to feed the national football teams of African countries.

About Bharti Airtel
Bharti Airtel Limited is a leading global telecommunications company with operations in 20 countries across Asia and Africa. Headquartered in New Delhi, India, the company ranks amongst the top 4 mobile service providers globally in terms of subscribers. In India, the company's product offerings include 2G, 3G and 4G wireless services, mobile commerce, fixed line services, high speed DSL broadband, IPTV, DTH, enterprise services including national & international long distance services to carriers. In the rest of the geographies, it offers 2G, 3G wireless services and mobile commerce. Bharti Airtel had over 275 million customers across its operations at the close of 2012