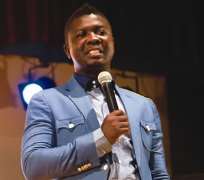 Gist reaching Nollywoodgists.com indicates that popular humour merchant, Seyi Law has penned a deal with electronic and mobile phones manufacturing giant, Samsung as their brand ambassador. The talented and gifted rib cracker was said to have signed the deal with Samsung not too long ago.

Though details of the contract was not disclosed to us, a source who should know squealed that Seyi, who also married some months ago, smiled to the bank with a seven digit figure. The deal with Samsung, as we gathered, has greatly changed his life.

Seyi did few advertising campaigns with the company in the past. With the deal, Seyi has now joined the likes of Banky W and Kate Henshaw, who are both brand ambassadors to the Samsung mobile.