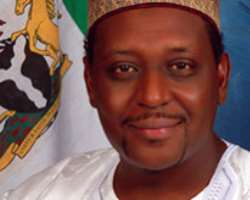 Nigeria remains an entrenched zone of the wild poliovirus - the disease that deforms and cripples children within the 0-5 age bracket. 'Wild' according to the Global Polio Eradication Initiative (GPEI) denotes naturally occurring polioviruses which circulate among humans. The on-going transmission of three serotypes of the wild poliovirus in Nigeria (viz: wild poliovirus type1, wide poliovirus type 3 and the circulating vaccine-derived poliovirus type 2) pose a serious threat to the global action plan to eradicate the debilitating virus. The country still retains her 'endemic' status in view of recent outbreak of the polio virus and the free importation to other polio-free countries in the West African region such as Niger and Chad.

India, formerly one of the members of the 4 endemic countries (acronym PAIN: Pakistan, Afghanistan, India and Nigeria), has successfully pulled out of the quadruplet. India's success comes from an aggressive approach to intervention. No new cases of the wild poliovirus have been reported in the Asian country after January 11, 2011. Not even in samples of sewage randomly taken for laboratory test.

How India (once thought to be one of the most difficult places to eliminate the virus) managed to surmount the ravaging polio scourge remains a strong testimony to the efficacy of a new accelerated mOPV campaign schedule targeted at boosting young children's immunity: a great feat when considered against the country's dire situation in 2009 when 74 cases of the wild polio virus in 2009 were reported.

Although Pakistan still has an 'endemic' status, the country has however been able to restrict the poliovirus to Karachi, few districts in the Baluchistan province as with the FATA (Federally Administered Tribal Areas) and in Khyber Pakhtunkhwa. While most of Afghanistan is polio-free, persistent transmission of the wild poliovirus is discernable in 13 districts in Helmand, Kandahar and Uruzgan provinces where access to children has been curtailed by insurgent conflict orchestrated by the Taliban and its affiliate. Both Pakistan and Afghanistan have devised a multi-pronged approach that enables cross border synchronization of campaigns and by negotiating access with tribal leaders and armed forces. Though both countries are known to infect and re-infect each other due to substantial cross border movement on both sides.

In the case of Nigeria, the country's gloomy epidemiological outlook is the worst of the three. In 2003 the international spread of polio emanated from Nigeria as some northern states had inadvertent ly suspended the use of mOPV vaccines and other interventions in the belief that they were contaminated. But through control strategy implemented by Dr. Mohammed Ali Pate, who at the time was the executive director of the National Health Care Development Agency (NPHCDA), that enlisted religious and traditional leaders in spreading the message of vaccination and in tracking nomad population in northern parts, the transmission of the wild poliovirus was quickly brought under control. By 2010, however, the measures paid off in terms of reducing the risk and consequences of new outbreaks in polio-free areas as the 803 cases recorded in 2008 dropped to just 11. In the months following, the wild poliovirus was believed to have been completely eradicated in the country.

But the present danger as Olajumoke Akinjide (the minister of state for the Federal Capital Territory) emphasized is that after becoming polio free for two years, Nigeria has returned to its 'endemic' status once again. Two new cases have been reported in the northern state of Borno, bringing the total number to16 so far for 2013. Although there have been differential success levels in the present coverage figures for the southern states, in the northern states public perception and confidence in Western healthcare system is dwindling significantly owing to relentless propaganda from traditional and cultural quarters.

In the course of the last one month, key government officials such as Dr. Ali Pate (the minister of state for health and chairman Presidential Task Force On Polio Eradication), Prof. Onyebuchi Chukwu (the substantive health minister), Olajumoke Akinjide (FCT minister) and traditional/religious leaders such as H.R.H Sa'ad Abubakar III (the Sultan of Sokoto) were proactively debunking rumors and claims that immunization has harmful consequences on children. The propagandists and rumor mongers are asking parents and guardians to desist from allowing their children and ward to be immunized. However how far the orchestrated counter campaigns will go in disabusing the minds of local people cannot now be ascertained until new serosurveys and country-wide AFP (acute flaccid paralysis) surveillance are conducted to determine levels of improvement in curtailing the transmission of the virus and of the potency of administered vaccines.

Nonetheless certain unimaginable and ignoble development in the country has given strong weight to the veracity of these claims. The pioneer allegation emanated from the quarters of the alternative medicine practitioners whose mode of healthcare delivery contentiously conflicts with those of the orthodox medical practitioners. One of the most voracious of the voices in the dissemination of information regarding the supposed harmfulness of the OPV vaccines was that of the late Prof. Paul Olisa Ojeih. The late Professor, a product of the Nolan Institute of Natural Medicine (Idaho, USA) and a fellow of the International Academy of Lymphology, until his death in December 2011, vehemently criticized the vaccination program.

He cited the conspiracy theory in the intransigencies of Western countries in using the vaccination program to make African children sterile in much the same way the apartheid government in South Africa used sterility vaccines on black population and laboratory cultured germs (limited doses of anthrax) under the clandestine top-secret 'Project Coast' headed by Brig. (Dr.) Wouter Basson to weaken black resistance to white separatist oppression. Not only on South Africa's black population, the chemical and biological toxins that Wouter Basson developed were given to Rhodesian forces for use on rebel fighters struggling to liberate Rhodesia (now Zimbabwe) from the white minority rule during the time the South African Defence Forces were active in the 'operational areas'.

In Prof. Ojeih's viewpoint, the latent motive of Western countries in the vaccine program is to debilitate the future generations of black people. He connected the growing spate of infertility among present-day Nigerians of marriageable and child-bearing ages to the abrasive effect of the vaccines administered on them during their childhood days ostensibly to avert the cruel 5 major-killer diseases snatching the lives of children between ages 0-5 years in the third world.

As if to corroborate the Prof. Ojeih's suspicion, the disastrous 1996 anti-meningitis clinical trials conducted by Pfizer (the American pharmaceutical company reputed to be the world's largest) on Nigerian children in Kano state had resulted in the untold death of many of those children, including the maiming of others. Pfizer had opted for an out-of-court settlement after evidences before it proved its guilt of unwholesome practice, ethical breach of medical research protocol and criminal negligence and upon the declaration by the New York Division of the U.S Court of Appeal that the American justice system had jurisdiction to hear the case. Of the 200 or so victims, only 4 families/next-of-kins have successfully received the standard compensation of $175,000 each, some others got small sums. Many families are yet to receive any payments.

There are indications, however, that the $35 million trust fund jointly instituted by Pfizer and the Kano State Government in 2009 to disburse the monies to the families of victims have been hijacked by powerful people who are not connected to the matter and their third party surrogates despite the insistence by Pfizer that DNA test be conducted on family members/Next of Kin to prove consanguine relationship. .

At about the same period, the Nigerian government had dispatched 80,000 doses of meningitis vaccines to neighboring Niger Republic as a kind-hearted gesture towards ameliorating the neighboring country's meningitis problem. In a surprising twist, all the batches of the vaccines supplied turned out to be fake. The Nigerien health authorities quickly suspended the use of the fake vaccines on discovering this only after some 60,000 people had been inoculated.

The sad incidence precipitated a deep concern over the quality of drugs circulating in Nigeria. If the Nigerian government with its specialized institutional appendages (viz: The Federal Ministry of Health, State Health Ministries, National Agency for Food and Drug Administration NAFDAC, NPHCDA, and others) was unable to keep the drug supply chain free from fake and substandard medicines, it meant a critical shortfall in requisite technical expertise and regulatory infrastructure was congruently lacking back then as it is today.

The cordon imposed by Islamic fundamentalist groups in northern Nigeria has also constituted a huge setback for the routine immunization of children. The core ideological indoctrination of the sect Boko Harm and their affiliate militant factions is aversion to Western education and lifestyle (including Western healthcare services). In demonstration of this uncompromising stance and to signpost the new Islamic order, operatives of the sect stormed different public schools in the Maiduguri Metropolitan Council in Borno state in March this year, intentionally shooting and killing teachers and pupils at random.

A cross section of nursing mothers from several northern Nigeria states (all pleading anonymity) whom this journalist interviewed expressed morbid fear that the Islamists could extend their ban on all things Western to the health system. The women said they feared reprisal attacks could be meted out on them if they took their children to hospitals for the necessary vaccination and other healthcare needs. But such fears were already confirmed few months ago.

In February this year, gunmen suspected of belonging to the Boko Haram sect attacked and killed 11 vaccinators doing their rounds in Kano state. In a swift reaction, the UNICEF and WHO (World Health Organization) unequivocally condemned the incidence, calling the unwarranted attack a double tragedy for the health workers and their families and for the children and vulnerable populations who are robed of basic life-saving interventions.

The terrorist attacks on health workers (particularly vaccinators and immunizers) seems to be well coordinated between Nigerian and Pakistani insurgent groups who are linked to the global terror networks. Recent reports have suggested how some Lady Health Workers (LHWs) were surreptitiously used as pawns in tracking down Osama bin Laden in his secret Abbottabod hideout in north-western Khyder Pakhtunkhw province (close to Islamabad) in Pakistan. Obtaining DNA samples from occupants of the compound in the pretence of undertaking a vaccination campaign had led the American secret service (CIA) to the then most wanted man on earth who was accused of masterminding the fatal 9/11 attacks on America.

Soon afterwards, on May 2, 2011 around 1:00 Pakistani time, special U.S Navy Seals belonging to DEVGRU stormed the hide-out in a carefully hatched sting operation that resulted in the death of Bin Laden in the cross-fire exchange. He was subsequently buried at sea to avoid an idolization or immortalization of the burial site by inspiration-drawing jihadists and mujahedeens.

As a consequence, the Pakistani militant groups have made it a point of duty to target health workers whom they accused of being 'traitors' and 'conspirators'. Meanwhile in March this year, 3 Korean doctors were brutally murdered in the northern city of Potiskum in Yobe state through decapitation by suspected Islamist fundamentalist group members. They were said to be working with the Yobe state ministry of health to resuscitate the comatose health sector.

While these string of carefully orchestrated propaganda and Islamist fundamentalist onslaughts play out, it is the innocent Nigerian child who will suffer the brutish outcome of life-long debility arising from the deadly wild poliovirus. Again the wild poliovirus will resurge and spread like wild fire to other belts in the West African region and beyond.

Unless an urgent stakeholders consultation forum is convened in Nigeria with new strategies devised to surmount the militating factors, Nigeria may lose the chance to win the war against poliomyelitis and the opportunity of realizing MDG 4 whose target is to reduce child mortality by 75 percent by 2015 will also be lost.