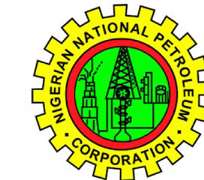 
In an unprecedented move aimed at promoting industrial harmony in the oil and gas industry, stakeholders on Wednesday at a meeting in the NNPC Towers, Abuja adopted a 12 Point Resolution aimed at addressing the issues raised by the industrial unions in the petroleum industry.

The meeting which was jointly conveyed by the Honourable Ministers of Petroleum Resources, Mrs. Diezani Alison-Madueke and the Minister of Labour and Productivity, Chief Emeka Wogu, had in attendance: the Group Managing Director of the NNPC, Engr. Andrew Yakubu, Acting Permanent Secretary of the Ministry of Petroleum Resources, Mr. Godwin Onwughalu, Permanent Secretary, Ministry of Labour and Productivity, Dr. O.Iloh.

Also present at the forum was the National President of the Petroleum and Natural Gas Workers, NUPENG, Comrade Igwe Achese, his counterpart in the Petroleum and Natural Gas Senior Staff Association of Nigeria, PENGASSAN, Comrade Batunde Ogun, the National Deputy President of the National Association of Road Transport Owners, NARTO, Chief Ayoola Sadiq as well as the representative of the IOCs under the  Oil Producers Trade Section , OPTS which is an arm of the Lagos Chamber of Commerce and Industries.

In the 12- point communique jointly endorsed by representatives of all stakeholders, far reaching decisions was adopted on all the items put forward by the unions as areas of concern.

On the question of insecurity and pipeline vandalism/oil theft, the Forum announced that Government has put in place a Committee to x-ray the issues while stating that PENGASSAN and NUPENG will be further engaged by all the relevant Government Agencies and other Security Institutions on the progress being made.

The subject of bad roads also received attention. It was noted that Government is already dealing with the issue extensively including applying resources from the SURE - P, and will continue in its efforts to rehabilitate the roads that are still posing challenges. It was resolved that poor access road to the Port Harcourt Refinery would be captured in the ongoing reconstruction of the East - West road.

It was agreed that the current rehabilitation of the railways be sustained to complement the road network in the country.

On the question of unfair labour practice, it was resolved that the unions should submit the list of  all  unfair labour practices  to the 13- man committee headed by Permanent Secretary, Ministry of Petroleum Resources.
It was stated that All other transition issues be referred to the NNPC GMD's Committee as had been mandated by the Secretary to the Government of the Federation for resolutions within two weeks.

On the alleged breaches of the Guidelines on Contract Staffing and Outsourcing in the Oil and Gas sector, the Trade Unions were encouraged to make available specific cases on such breaches to the 13 - man Committee and the Federal Ministry of Labour and Productivity.

On the question of Unionization, the forum was unanimous in their resolve that 'unionization is an inalienable right of workers as established by the Constitution of the Federal Republic of Nigeria and the Standards of the International Labour Organization''.

It was agreed that all issues of casualization, contract staffing outsourcing, contract service and Collective Bargaining Agreements should be referred to the 13-man Committee headed by Permanent Secretary, Ministry of Petroleum Resources.

Presiding over the Forum, Chief Wogu said Subsequent Stakeholders' Forum would be held jointly with the Honourable Ministers of Petroleum Resources, and Labour & Productivity present, as the need arises. The Labour Minister stated that though the Petroleum Minister was away on Presidential assignment in Moscow, he has the concurrent approval of the Minister to convey the event.

Commenting on the resolutions, Achese paid tribute to the GMD of NNPC for his fatherly role in ensuring industrial harmony in the sector. “We want to specifically thank Engr. Yakubu for his role in ensuring an end to the strike and in convening this Stakeholders' forum. Indeed if we continue in this direction, strike will be a forgotten issue in our industry,'' he said.

Engr. Yakubu in his response thanked the Unions and other stakeholders for their show of understanding while assuring the public that the NNPC has enough volume of petroleum products to stabilize the system after the 48 hours strike action by NUPENG. “I want to assure Nigerians once again that we have enough volumes to go round, I can confirm that PPMC depots have commenced loading and we are doing everything possible to normalize the system,'' he said.

The NNPC GMD thanked the Minister of Petroleum Resources and the Labour and Productivity Minister for their support and show of commitment.