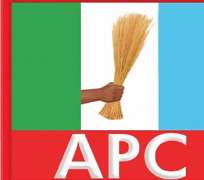 
By Anthony A. Kila
After weeks of our national carnival of the absurd in which the Peoples Democratic Party (PDP) and those managing it engaged in a parade, wherein factions were dancing to the tune 'suspend this', 'fire that' and 'I dare you', our self-proclaimed biggest party in Africa has had its NEC and President Goodluck Jonathan has spoken. Here is a prediction: Last week will not go unnoticed. Last week will be remembered by students of politics as the week the PDP finally lost or regained its bearing on the way to the 2015 general elections. The coordinating conjunction 'or' is a must here not only because of the self-evident fact that 2015 is such a long time away, but also because of three main variables: the Nigerian political theatre, effects of power and the role of the opposition.

Given that politics in Nigeria is based on and practised with no reference to ideology, very strange things can easily happen in Nigerian politics. Its actors are prone to improvising and changing their plots and paths when least a rational thinker expects it. It has happened time and time again; for a recent episode, ask Aliko Mohammed, chairman of the Arewa Consultative Forum (ACF) who found out with surprise and dismay that some of his members had gone with some politicians from the Niger Delta to declare their support for Jonathan, inviting him to contest in 2015, after they all had just decided the contrary in Maiduguri.

The effects of power cannot be overstated. It helps those that wield it make their friends and foes see reason where there is little or none. Those in the PDP have tasted power and they know what access to power and maintaining the status quo can mean for individuals. Or as Alhaji Bamanga Tukur puts it, 'the party has given fame and fortune to many of its members'. It takes a lot of courage, discipline and generosity to walk out of and go against power just on principles.

A mini mental test will be appropriate here: Mentally parade all those fighting amongst themselves in the PDP today and ask yourself how many of them will just for policy, ideology or for the sake of their people or country leave the party and political position without being forced to do so.

Nothing is new. We have seen the PDP in all its shapes and forms, and anything that comes from it henceforth is a recreation or at best a variation of what it has offered us in the past. Those of us voting and supporting the party or planning to do so, will do so based on what we have seen and already known about the party. Acting surprised later is mere noise and an underserved privilege.

More interesting is the opposition in the form of the newly formed association called All Peoples Congress (APC). As citizens and students, this thing called APC is more interesting to us because it is still an unknown entity in embryo; we shall have to call it 'association' and 'thing' because technically APC is still not a registered political party and at that, some of us are shaking our heads for reasons we are reading around.

It is important to note here that one of the reasons many of us greeted the amalgamation of opposition parties into one big national force is because we feel it is good for Nigeria as a whole to have an alternative party capable of truly competing with the ruling party, and by so doing forcing both sides to give their best. This desire for a truly national opposition party is not new; many of us consider it an asset for our democracy hence the support for the project from many quarters even before they have achieved or promised anything.

To whom much is given, much is expected. As a new formation a lot of people are looking to as an alternative to the ruling party, the APC owes the citizens of this country a lot more than they seem to realise. It is not enough for them to play politics as usual. Judging by the way they have gone about their business so far, those managing the affairs of the APC do not seem to realise that they owe Nigerians not just politicking for power, but a real and proper display of how things can be done differently from how it has been done so far.

To those planning to contest for offices through the platform of the APC when it becomes a party, we wish all the best in their quest. Their ambitions are legitimate, but they need to know that the citizens of this country are not expecting a replica of the PDP from them; we already have a thriving original PDP thank you very much and we can't use two at a time, moreover replicas tend to be worse than originals.

To live up to expectations and to prove it is worthy of existing, the APC should rather than limit itself to courting this or that future ex PDP member tell us first what it stands for and why anyone, politician or voter, should join and support it rather than stay with their present party.

Whilst they get on with their registrations and nominations, we the citizens must start posing some questions to which the APC owes us some clear and credible answers. We shall start examining them next week.