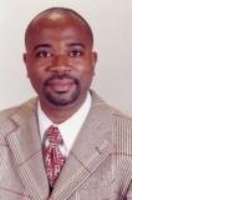 The Seminar by the Action for Community Development West African Liberation Theology was held on June 6 2013 at the DHSP hall opposite Bishop Kelly Pastoral Center, Benin City with the theme – Reconstructing the Church for Relevance in the 21st Century. It was supported by Rosa Luxemburg foundation.

The participants from various churches in and outside Edo State agreed on a set of recommendations and actions including seeking ways how Christians can be relevant in the 21st century by amongst others seeking social justice and equality. This would help focus on the plight of Christians so as to better respond to the injustice in the church where overseers and Church leaders live in affluence and the parishioners are paupers.

The seminar reaffirmed the increasing rate of poverty in the church today which contradicts the ministry of Jesus Christ who did not deal with the spiritual alone but also the physical needs of the people. Jesus fought the injustice during his time and today we are the called out ones to bring reform.

The seminar recognized that there is great hope in the church but regretted that the parishioners don't know their relevance and as pastors and church leaders they have the tool for social change. It is imperative for the church to hold government accountable for dividends of democracy.

The seminar reinforced the importance of engaging in political education noting that it is high time we begin to empower the parishioners by telling them the truth because in the future out children will hold us accountable. Let us wake up, change the message and don't extort the members

The seminar also recognized the need to champion developmental cause through economic reforms, social justice and equality.

The participants during question and answer session agreed that the change must be seen in the lives of the members in the church and it must start with them. The people should know what they stand for and that is agents of change. They should also get to the campuses with the reforms,

There were various views expressed on the question, if Christians should be involved in a business. Some said they can be involved in business like owning a fish pond in as much as it will not take their time from the ministry, while others believe you cannot be involve in circular business, but it was generally agreed that you should go to God and ask if you want to go into business.

It was agreed also that working with the children department to enforce a change should be intensified. Since change takes time, they should keep on saying and doing what is right.

The members of the organization should try to be very realistic and learn to love themselves more. They should ensure there is equality amongst them.

The seminar identified some specific recommendations which includes that the church needs a reform in the leadership as Jesus taught collective leadership and servant leadership. God never intended the church to be the way it is today. He wants the church to be interactive and participatory. Therefore the church must start now to cause a change and create equal opportunities for all.

When there is equal opportunity for all then the leaders of the churches can begin to move from being exploiters to become the promoter of social justice. It is evil for the school of a church to be very expensive.

The seminar also enlightened the participants on the use of the website (interactive) where they can put their messages and ask questions. They can chat, text messages, download videos in the website. www.hwalta.com and on the 3rd week of the month, there is the international website in French and English.

There is also the need to use nongovernmental organizations for promoting reforms in the church and ending exploitation. There is a program on EBS TV on Saturday by 9.30am, which is yet to commence.

On the way forward, the seminar agreed that as pastors they should go back and restructure the hierarchy of the church especially in the budget implementation and go back to the word. They should rethink about the ethical standard and moral values.

It was also noted that correction must start from the pulpit; there should be training and education for better orientation, continuous increase of awareness through available media. But more importantly it must start with the participants.

There must be better church administration and make humility as a watch word, increase the care of members, have compassion for the less privileged and decentralize the power of the church.

The international partner from Luxemburg Foundation, Dr. Claus Dieter Konig, Director Regional Office, West Africa, in his remarks said the organization started in West Africa in 2008 with pastors and parishioners and it has been successful and he enjoined the participants to continue to sustain it.

The Coordinator of the Action for Community Development West African Liberation Theology Project, Sam Ajufoh briefed the participants on the core principles of the organization.

The participants after listening to the presentations of two Papers by Prince Israel Orekha and Sam Ajufor welcomed the frank and positive discussions, agreed on a set of actions to be taken and decided to continue to meet regularly.