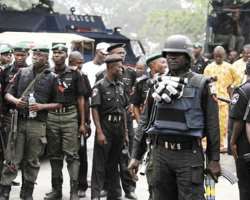 
The Sokoto State Police Command on Tuesday confirmed the killing of a member of the state House of Assembly, Alhaji Murtala Wauru.

The command's spokesman, DSP Al-Mustapha Sani, said the deceased was killed by gunmen on Monday at about 8.45pm in Mabera area of Sokoto.

The News Agency of Nigeria learnt that the legislator was on his way home after attending a meeting at Minanata area of the city.

Sani said the assailants went away with the deceased's car, and promised that the police would apprehend and prosecute them.

Until his death, Wauru had represented Gada West constituency in the assembly since 1999 and was the chairman of the House committee on finance and appropriation.

His funeral, at Wauru village on Tuesday, was attended by the Deputy Speaker, Alhaji Abubakar Tureta, the Commissioner for Local Government, Alhaji Faruk Malami and the local council chairman, Alhaji Altine Kyadawa.