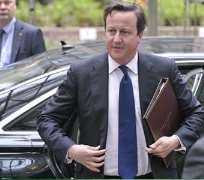 European leaders will discuss how to combat aggressive tax avoidance by major companies such as Amazon, Google and Apple at a summit on Wednesday, and cut the estimated 1 trillion euros a year the EU loses to tax evasion or avoidance.

The four-hour summit was originally called to discuss energy policy, but investigations in Britain, France and the United States exposing how little tax major international companies have been paying by carefully structuring their European operations has forced the issue to the top of the agenda.

France and Britain in particular have grown concerned by the sheer scale of the legal tax schemes, with a U.S. investigation revealing on Monday that Apple Inc had paid just 2 percent tax on $74 billion in overseas income, largely by exploiting a loophole in Ireland's tax code.

That followed reports that the British unit of Amazon paid just $3.7 million tax on 2012 sales of $6.5 billion, and similar revelations concerning the UK operations of Google and Starbucks.

In all, officials estimate that EU governments miss out on around 1 trillion euros ($1.3 trillion) a year through the legal tax avoidance techniques employed by such companies and illegal tax evasion.

"A lot of these revenues (from the digital economy) are not getting taxed," said a French diplomat briefing reporters in Paris ahead of the summit. "We need to find a way of bringing home the tax on these activities."

Officials said French President Francois Hollande could raise the issue with other leaders at the meeting, though it was unclear what agreement could be reached with little advanced preparation and just four hours of talks scheduled.

A draft of the summit's declaration, which is agreed in advance but can be changed, set out nine proposals for strengthening tax policy and coordination, including fighting tax avoidance schemes and the process of routing profits abroad.

"Work will be carried forward as regards the Commission's recommendations on aggressive tax planning and profit shifting," a draft seen by Reuters read.

While there is common consent among EU leaders that action needs to be taken to close loopholes and level the playing field on tax policy, little has been done on the issues despite regular lobbying by the Organisation for Economic Co-operation and Development (OECD) and other international organizations.

In a report in March last year, the OECD, a club for wealthy countries, set out in detail how companies were using "hybrid mismatch arrangements" to avoid paying taxes, the very technique that Apple is alleged to have used in its tax planning.

"We have got to make sure as we set those tax rates that companies pay taxes, and that means international collaboration, the sharing of tax information," said British Prime Minister David Cameron as he arrived at the summit.

Cameron has put tax policy on the agenda of the G8 meeting taking place next month in Ireland.

NAME NO NAMES
But officials played down the possibility of immediate steps to close tax loopholes or any naming and shaming of companies in the final summit declaration, saying it was primarily up to EU member states to craft the necessary legislation, and to work through wider international forums such as the OECD.

"But while companies may be using loopholes to pay as little tax as possible, the truth is it's a national issue," said an EU official preparing the summit. "It's up to the relevant member states to change their tax codes and tighten the net."

The official said the most likely outcome from the talks was tougher language on strengthening bilateral tax treaties and bolstering so-called "anti-abuse" rules in national legislation.

Eversheds, a global law firm dealing with tax issues, said that while recent cases involving high-profile U.S. companies had pushed the tax issue to the top of the global agenda, it could not be tackled with any quick or immediate steps.

"While the issues deserves this top-level attention, the public should not expect any game-changing developments, and indeed it would be wrong for the EU to try to tackle the issue on its own," said Ben Jones, a tax expert at the firm.

"Uncoordinated attempts by individual countries or blocs of countries to tackle the issue may actually create more tax 'loopholes' or have a detrimental impact on businesses that do not engage in aggressive tax planning."

France has already shown its willingness to take on major U.S. companies, with authorities raiding Google in a 2011 investigation into whether its Paris office conducts sales work. The company was asked to pay 1.7 billion euros in back taxes.

A similar issue has arisen with how Google operates in Britain, with questions raised about whether its sales staff are based abroad, as the company maintains, or in the country, which would create a liability to UK tax.

Google says it follows tax rules everywhere it operates and that references to selling in job ads for British-based staff reflect the fact that it likes to hire people with a sales background.