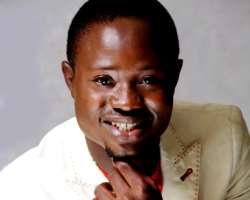 These are good times for popular Nigerian gospel artiste, Psalm Ebube as things are now working in his favour. The 'Kabiosi' crooner has been moving from one step up to another. Shortly after releasing his music video few months ago, it became an instant hit.

As we now gathered, Psalm Ebube has been busy performing from one show to another. He has become the hottest gospel singer in Nigeria getting all the attentions from both the media and the general public alike.

The latest information Nollywoodgists.com gathered about the singer is that he has signed a UK deal. A source revealed to us that a UK promotion outfit called Slimz Promotion Ltd has grabbed the talented artiste. The deal will see the promoter take Psalm Ebube on a music tour round major cities in Europe.

The source said the artiste would soon embark on the tour which the artiste is excited about. "Psalm has been working hard over the years and this is actually the best time for him to explore the international scene," the source told Nollywoodgists.com.

Our source further said Akinlo Jikiemi, who owns Slimz Promotion Ltd, decided to sign Psalm Ebube because of his hardwork and diligence to his work.