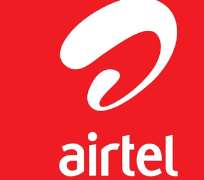 As the upsurge for data services by telecoms consumers increasingly competes with voice, leading telecommunications service provider, Airtel Nigeria has introduced a special data offer for its customers to surf the net without burning holes in their pocket.

The special data package tagged 'Airtel Magic Box offer', empowers Airtel customers to enjoy internet services at a reduced rate from as low as 0.1 kobo per MB, depending on customer's allocated Pay As You Go (PAYU) data band.

The offer, designed for prepaid customers, has nine different PAYU bands, the highest of which provides customers with up to 1GB data bundle.

To enjoy the latest data product from Airtel, customers are to dial *758*2# to confirm their respective band and start browsing with ease.

Speaking on the offer, the Chief Marketing Officer, Olu Akanmu said the launch of Airtel Magic Box further demonstrates the brand's recent message to Nigerians that "it has got them covered".

The CMO stated: "Airtel's broadband superiority draws from its 3.75G service coverage in almost 180 towns and cities across the country including Abuja, hence the company's resolve to convey to its customers and especially those yet to embrace the network, to urgently do so and enjoy the many possibilities that being on the friendship network offers".

The CMO added that the company decided to roll in another distinctive data product to already existing bouquet to herald its new Network Coverage Campaign tagged "Nigeria we've got you covered", launched on Tuesday in Lagos, to demonstrate its robust and extensive network coverage across the country.

Speaking at a press conference to unveil the new campaign in Lagos, the Chief Executive Officer and Managing Director of Airtel Nigeria, Segun Ogunsanya said the new advertising campaign on its network was necessary to draw attention to the enormous capacity of its network and its sweeping coverage of the length and breadth of the country which has given the company the confidence in its chances of success in the likely competition that would be occasioned by the imminent take off of the impending Mobile Number Portability.