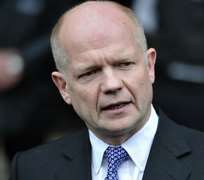 SAN FRANCISCO, March 10, (THEWILL) - Britain, Italy and Greece on Sunday confirmed that hostages from their countries were among seven construction workers killed by Ansaru, a radical Islamic terror group in Nigeria.

Seven hostages -- four Lebanese nationals and one apiece from Greece, Italy and Britain -- were taken at a SETRACO construction company facility in Bauchi State, a state in northern Nigeria, around February 17, 2013.

The previously unknown group on Saturday said it killed the hostages partly blaming their killings on the British military planes sighted at the airport in Abuja.

Ansaru released some images of the bodies of the slain foreign workers over the weekend.

United Kingdom’s Foreign Secretary, Mr. William Hague, who condemned and described the killings as “an act of cold blooded murder” in a statement said, "Responsibility for this tragic outcome rests squarely with the terrorists.”

He identified the U.K. victim as Brendan Vaughan.

"I am grateful to the Nigerian Government for their unstinting help and cooperation.

"We are utterly determined to work with them to hold the perpetrators of this heinous act to account, and to combat the terrorism which so blights the lives of people in Northern Nigeria and in the wider region.

"My thoughts are with his family, and the families of the other hostages, who will be devastated by this tragic loss.

"I offer them our deep condolences at this terrible time and know that the thoughts of people up and down our country will be with them," Mr. Hague said in the statement, adding that the British government would work with Nigerian authorities "to hold the perpetrators of this heinous act to account," Hague said.

Italian Prime Minister Mario Monti also condemned the killing and assured that his government would deploy every effort to track the killers.

He identified the slain Italian as Silvano Trevisan.

Greece's foreign ministry in a statement said it has contacted the family of the dead hostage.

The Nigerian government has been silent on the killings.