Police: Only Eight Factory Workers Were Killed In Kano Attack 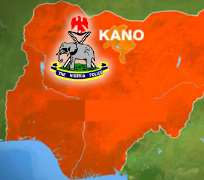 SAN FRANCISCO, March 07, (THEWILL) – The Kano State Police Command, Thursday, declared that only eight workers were killed by unknown gunmen in a factory at Shekar-Maidaki area of Kumbotso Local Government area of the state about a fortnight ago.

The Kano State Commissioner of Police, Alhaji Musa A Daura, who declared this at a media briefing said, “Our attention has been drawn to a misleading and unfounded news published by PM News and other online media sites which was targeted to mislead Nigerians that 13 people were killed last weekend in Kano.

” I want to make it categorically clear that on 23/2/2013 at about 22: 00hrs, a distress call was received at the control room that unknown gunmen had attacked and killed innocent persons in Shekar-Maidaki in the suburb of Kumbotso Local Government.”

He said following the report, armed security men were immediately deployed to the scene and they cordoned off the area while stop and search operation was conducted to nab the perpetrators of the act.

Daura stated that his men recovered eight dead bodies at the scene of the attack while the stop and search operation conducted led to the arrest of several persons as investigation continued to get those behind the killing.

Quoting the Kano State chairman of the Christian Association of Nigeria (CAN), Reverend Ransom Bello, the report said 13 innocent Christians were murdered in cold blood . It quoted the CAN chairman as lamenting that the killing was swept under the carpet and was not given any publicity.

But the Police Commissioner, Thursday, dismissed the story as unfounded, insisting that only eight factory workers were killed, saying nobody contacted the police for confirmation of the story.