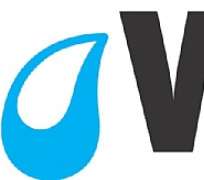 MONROVIA, Liberia, January 30, 2013/African Press Organization (APO)/ -- Nobel Peace Prize winner and Liberian President Ellen Johnson Sirleaf issued a stark warning in Monrovia on Wednesday to the UN Secretary-General's High-level Panel that is meeting this week to address the future of international poverty reduction efforts, noting that economic losses due to poor water and sanitation access globally are costing $260 billion (US) every year.

The President, one of three co-Chairs of the UN Secretary-General's High-level Panel of Eminent Persons on the Post-2015 Development Agenda, stated on Wednesday (30 January 2013) that:

“$260 billion in economic losses annually is directly linked to inadequate water supply and sanitation around the world. We must take this issue more seriously.”

The President's comments came during the High-level Panel meeting in Monrovia which was broadly focused on the theme of “economic transformation”.

The Panel, which includes 27 leaders from government, the private sector and civil society, is co-chaired by UK Prime Minister David Cameron, President Susilo Bambang Yudhoyono of Indonesia and President Sirleaf. The group is tasked with producing a report in May to the Secretary-General containing recommendations for a development agenda for the world.

The current Millennium Development Goal targets on water and sanitation have had starkly differing levels of progress and political and financial support. While the drinking water target - to halve the proportion of people worldwide without access to safe drinking water - was met five years early in 2010, the sanitation goal is decades off track. Progress in Africa specifically is even worse with sub-Saharan Africa expected to meet this goal a century and a half late.

“The High Level Panel must grasp this unique opportunity to put together an ambitious vision for eradicating poverty in our time. For this aspiration to be realised there must be a central focus on achieving universal access to water, sanitation and hygiene.”

“International efforts on the existing Millennium Development Goals have shown us that to succeed in areas like education, child health and gender equality progress on access to water, sanitation and hygiene is crucial. Integrating these approaches will be the key to success.”

Liberia is in many ways typical of sub-Saharan African countries, with access to safe drinking water at 73% of the population, far exceeding levels of access to decent sanitation, at only 18%. The average across sub-Saharan Africa to these services sits at 61% for water but just 30% for sanitation.

President Sirleaf, who is also Goodwill Ambassador for water, sanitation and hygiene in Africa, also stated:

According to a 2012 WaterAid report, the lives of 2.5 million people around the world would be saved every year if everybody had access to safe water and adequate sanitation.

The international charity has also highlighted that if governments meet the Millennium Development Goal (MDG) to halve the proportion of their population without sanitation by 2015 the lives of 400,000 children under the age of five will be saved around the world – over 100,000 in Nigeria, and 66,000 in India alone.

Distributed by the African Press Organization on behalf of WaterAid.

WaterAid will be in Liberia all week, with spokespeople available for interview on the post-MDG agenda.

• The $260 (US) billion figures relating to the global cost of a lack of water and sanitation access was calculated in a 2012 World Health Organisation report that can be found at http://www.who.int/water_sanitation_health/.../2012/globalcosts.pdf

• More information on the High Level Panel can be found at http://www.post2015hlp.org

• Figures on rates to access to water and sanitation can be found http://www.wssinfo.org

• Figures on the impact of meeting the MDG water and sanitation targets on mortality can be found at http://www.wateraid.org/documents/Saving_Lives_Notes_Final.pdf

• 783 million people in the world do not have access to safe water. This is roughly one in eight of the world's population.

• 2.5 billion people in the world do not have access to adequate sanitation, this is 39% of the world's population.

• For every $1 invested in water and sanitation, $4 is returned in increased productivity.

WaterAid (http://www.wateraid.org) transforms lives by improving access to safe water, hygiene and sanitation in some of the world's poorest communities. We work in 27 countries across Africa, Asia, Central America and the Pacific region. Over the past 30 years, WaterAid has reached 15.9 million people with safe water and, since 2004, 11 million people with sanitation. For more information, visit http://www.wateraid.org, follow @wateraid (https://twitter.com/WaterAid) on Twitter or visit us on Facebook at http://www.facebook.com/wateraid