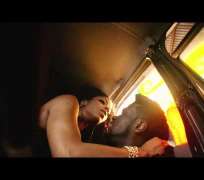 The Nigerian Broadcast Commission (NBC) we learnt placed a NTBB ban on some new sets of music videos recently.

Owing to what was obtainable from the NBC quarters today, the said story was said to be hoax as the body that monitors or censors these products has denied banning any video.

According to Mrs. Dorothy of NBC, “NBC doesn't ban videos; we can only instruct them to remove it being air. We didn't ban any musical video as we speak.”

In response to the ban, Psquare's publicist, Bayo Adetu said, 'We also just saw the story online this morning and we do not think that the NBC's ban is justifiable'.

He also added that the ban would not make any difference since the video has already gone worldwide and is definitely loved by the fans.