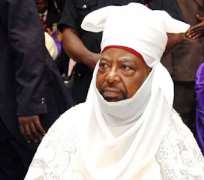 SAN FRANCISCO, January 20, (THEWILL) - The Emir of Kano, Dr. Ado Bayero and his two sons who were wounded during Saturday's fatal attack on his convoy by gunmen have been transported to a London hospital for medical care.

The private plane carrying them alongside some aides and relatives departed the Aminu Kano International Airport on Sunday afternoon local time.

THEWILL had previously reported that Dr. Bayero was injured during the attack that claimed at least three lives and left several others with wounds.

The Kano State Governor, Engineer Rabiu Kwankwaso had told reporters after a visit to the palace that Bayero was unhurt during the attack even though the vehicle he was being chauffeured was riddled with bullets.

The attack occurred along the popular Zoo Road in the Kano metropolis.