NEXIM: ORYA AND THE BURDEN OF TRANSFORMATION 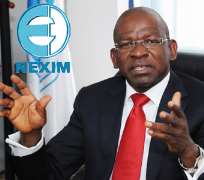 In a world that is increasingly being defined by economic strength whether at individual or national level it is now imperative to recognize the institutions that make national economic growth possible and by extension the individuals that drive such institution.

For Nigeria, such institution is the Nigeria Export and Import (NEXIM) Bank which has the responsibility of being an Export Credit Agency (ECA), a role that has seen it offer support to Nigerian exporters who need to raise capital for their businesses. While the bank has been playing its role dedicatedly since it came into being via an enabling Act in 1991 that made it replace the Nigerian Export Credit Guarantee & Insurance Corporation, it is now making more impact under the stewardship of its incumbent Managing Director and Chief Executive Officer, Mr. Robert Orya.

Upon assuming office in August of 2009, Orya inherited a loan portfolio of N14.6billion of which 71% was non-performing. He wasted no time in calling for a review of the status of all the loans and acted professionally thereafter to put the bank on a sound footing. After sorting out the bad loans which resulted in loses and aggressively recovering other debts, as early as December 2010 the Management has turned around the institution’s loss and reported an audited profit of N189m.

Orya’s stint at NEXIM has seen him introduce innovations to how the bank does business. One of such is the drive to boost investment in the non-oil sectors that are crucial to driving export. As recently as November of last year, the MD revealed a partnership with the Export Credit Bank of Turkey to explore additional offshore financing for the bank and the people it services. The thinking expressed by the NEXIM MD was that such move would help drive employment and boost foreign exchange earnings. His tenure has also seen the bank being able to present a balance sheet that secured lines of credit from institutions like the African Export Import Bank, the Export Import Bank of India in addition to being able to collaborate with other export- import banks like the United States Export Import Bank.

Under his leadership, NEXIM has intervened and opened up sectors whose exports previously had no value added. An example of this is the agricultural sector where the bank undertook its Greenfield projects that have grown to the extent of being on the Central Bank of Nigeria, CBN’s list of top 100 exporters in the country. The bank facilitated as much as N23.3 billion to support exporters, particularly Small and Medium Enterprises, SMEs, between 2009 and 2012.

The bank has offered insight into its planned expansion of the entertainment industry, Nollywood, a project under the Nigerian Creative and Entertainment Industry Stimulation Loan Scheme (NCEILS) which is part of the Federal Government’s effort to bolster the industry that has key growth potential for employment and foreign exchange.

Orya’s touch at NEXIM has seen the financial institution excelling in other areas as evident in the $61.5 million Sealink project that aims to boost maritime trade among members of the Economic Community of West African States (ECOWAS). Highpoint of this project is a new shipping company that will better connect the West Africa’s seaports and increase trade among member states.

Such operational interventions resulted in the creation and sustenance of more than 14, 358 jobs as at the close of August 2012.

The confidence that the MD brought to the bank’s image is already yielding fruits as the shareholders –the Federal Government and CBN- injected fresh capital into the bank in addition to offering other forms of support to strengthen the institution. This transformation drive by the management further paid off as NEXIM’s performance and ensured an appreciable return of the equity investments of the shareholders as a dividend for the 2010 financial year. As confirmed by Orya himself, improved performance at the bank led to the declaration of dividends to shareholders for the first time since 2003 when dividend was last paid.

Today, NEXIM, thanks to the management team under Orya, has moved up from just another institution to be one of the bastions in the quest to grow Nigeria’s economy by diversifying the country’s revenue base. The banks activities to promote non-oil earnings are yielding impact which has in turn made the bank to the corporately visible to citizens and businesses.

It must be mentioned that Orya was able to take NEXIM to its new heights despite the distraction constituted by persons sponsored to sabotage the work of the bank internally and barrage of attacks from the outside. His winning personality however saw him bringing maturity to bear in making even the most ardent of his detractors to fall behind him and support the quest to grow the bank and in essence the Nigerian economy.

One must thus suggest that the relevant departments of government and agencies should take a second look at what made NEXIM work under Orya with a view to strengthening such practices and replicating same in other public institutions that can benefit from this type of management style.