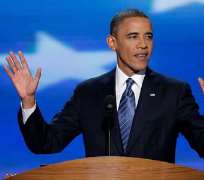 Obama signed an executive order last week that will lift a ban on pay freezes for federal employees.

But the pat on the back came as a surprise to some, given the lack of progress all year toward a deal to head off the looming fiscal crisis — which includes $600 billion in tax hikes and spending cuts. Even if that is resolved, Washington has still done relatively little to address the more than $16 trillion debt.

'I am calling on my colleagues in the House and Senate to rescind President Obama's executive order that gives members of Congress a pay raise,” she said in a statement. “This executive order was not requested by Congress and we should reject it. We have a spending problem in our country and we should be looking for areas to cut spending. At a time when families across the country are cutting back we should not increase government spending and add to the debt burden by giving members of Congress a pay raise. We need to begin with ourselves and I urge my colleagues to join me in this effort.'

Portman said now is not the time for bigger salaries in Washington — at least not until the country can deal aggressively with its debt and deficit problems.

“At a time when our country is facing record debt and trillion-dollar deficits, the last thing Washington should do is reward itself with a pay increase,” the Ohio senator said. “I am calling on President Obama to withdraw his recent executive order raising federal salaries — including for members of Congress. Until a long-term deficit reduction agreement is reached, we should not consider increasing the pay for Congress.”
Obama also OK’d raises for circuit and district court judges