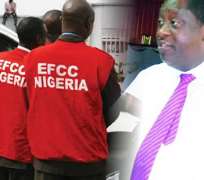 SAN FRANCISCO, December 08, (THEWILL) - Nigeria is, once again, retrogressing into the dark era of selective prosecution of perceived opponents of the ruling government, using the Economic and Financial Crimes Commission (EFCC) as a willing tool.

The recent siege by the attack dogs of the country’s anti-graft agency, EFCC, on the premises of the Lagos University Teaching Hospital (LUTH), Idi-Araba, Lagos, where the Chairman of Bi-Courtney Highway Services Limited, Dr. Wale Babalakin, was on admission is definitely a pointer to this.

By this single action, targeted at an unarmed citizen, which many consider as naive and brutal, EFCC may just be telling Nigerians that the inglorious do or die era, with its clear signature of oppression and ruthlessness, is simply back with them.

It however took the wisdom and determination of the LUTH management to prevent the EFCC goons from carrying out their mission as the dogged LUTH officials denied the EFCC army of occupation access to the private ward where Babalakin was being admitted.

The invading army of the EFCC initially attempted to bulldoze its way into Babalakin’s ward, resulting in a heated war of words with the hospital staff. The late night confrontation, in fact, lasted till the early hours of the following day. It’s quite frightening that after failing in their mission, several policemen and plain-clothes operatives remained at the entrance of Babalakin’s ward and its adjoining areas.

It is worthy to note that Bi-Courtney, a company which Babalakin owns, had been in court with EFCC over allegations of fraud against him. And EFCC appears to be getting frustrated as Babalakin’s proposed arraignment, alongside four others, at the Lagos High Court, Ikeja, over their roles in an alleged N4.7 billion Delta State money transfer fraud could not be pursued due to his ill-health.

Being a lawyer of repute and a Senior Advocate of Nigeria (SAN) for that matter, Babalakin had embarked on a spirited battle to stop further arraignment at the Lagos High Court. He, in fact, secured a Federal High Court (FHC), Lagos, leave to apply for certiorari (an order quashing an action) and prohibition.

Justice Mohammed Idris gave the order, following a motion ex-parte filed by the applicant’s counsel, Mr. Wale Akoni (SAN), seeking an order of court for leave to apply for certiorari and prohibition against the respondents, restraining them from taking further steps in the arraignment, pending the hearing of the motion before the FHC.

The curious dimension to Babalakin’s harassment by the EFCC could be traced to the fact that the Federal Government, claiming breaches, had terminated the concession contract for the Lagos-Ibadan Expressway granted to Bi-Courtney Highway Services Limited on May 8, 2009; an agreement that was signed on May 26, 2009.

Apparently, the EFCC hounding of Babalakin’s Bi-Courtney amounts to a clear violation of a citizen’s rights and an attempt to thwart justice. Head of Communication for Bi-Courtney Highway Services Limited, Mr. Dipo Kehinde, said, “This is a new trend in judicial administration in Nigeria and it reflects desperation by EFCC to violate provisions of the law and constitution in order to circumvent justice, and a violation of the basic human rights of the citizen.”

According to Kehinde, “It is noteworthy that this brings back the sad memories of the days of Gen. Sani Abacha, when the rights of Nigerians were trampled upon with ease.”

It is unfortunate that despite an order of a court of competent jurisdiction, EFCC had been trailing Babalakin without let or hindrance. And the anti-graft agency seems not to agree that a court had issued an order against it. EFCC’s spokesman, Wilson Uwujaren, in fact, said: “Our commission has no order restraining us from arresting him. What Babalakin sought was an order of certiorari to quash the charges. The court only granted him leave; so we are keeping eyes on him. If he is still in the hospital, our men will be there, if he moves to his house, our men will equally go there.”

According to Uwujaren, “The order does not prevent us from arresting him. The order was only for leave to apply for an order of certiorari to quash the charges against him and for it to act as a stay of proceedings at the Lagos High Court where he is facing criminal charges of money laundering.”

Recall that EFCC had filed a 27-count charge against Babalakin, Stabilini Visioni Limited, Bi-Courtney Limited as well as Alex Okoh and Remix Nigeria Limited for allegedly fraudulently assisting former governor of Delta State, James Ibori, to launder various sums of money through third parties to some foreign accounts under the guise of buying a Challenger Jet.

Many observers of the development, however, believe that the EFCC should apply civilised principles in prosecuting its so-called war against corruption as it definitely smacks of mischief that it was only when Babalakin had a disagreement with the Federal Government over the Lagos-Ibadan Expressway concession that the EFCC decided to wake up from slumber on the money laundering case.

The attack dogs of the EFCC would do well to remember this proverb: “A freeborn asked to do the job of a slave should at least apply the work ethics of a freeborn.”

The nation should resist any attempt to return it to the evil days of military rule when the courts amounted to nothing, as the EFCC appears to be leading the evil march back to barbarism. Its attack dogs must therefore be called to order immediately in the interests of the good health of the Nigerian nation.

THEWILL must also empathise that the EFCC has failed to win the anti-corruption war for which it was initially set up to combat. Politicians, civil servants and their cronies in the private sector have stepped up the looting of billions of naira from the treasury of federal, State and Local Governments.