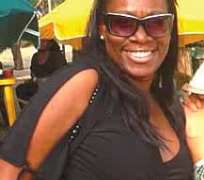 She was admitted at the clinic some days ago where she underwent a chemotherapy to treat an Utherine cancer but lost the battle to death.

Before she passed on this morning, Remi Lagos was aged 51 and was not married. She is survived by her sister, Adetomi Osholake.