Protest In BUK Over Killing Of Student By Truck 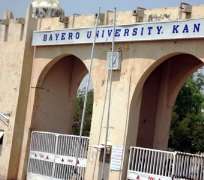 KANO, September 08, (THEWILL) - Students of Bayero University Kano (BUK) are protesting the Friday night killing of a student who was knocked down by a truck driver while crossing the road in front of the main gate of the university’s new campus on Gwarzo Road.

According to Comrade Usman Shuaibu Rano, president of the Students Union Government of the institution, the deceased is a final-year Diploma student of Accounting.

Rano complained that the Students Union had written series of letters of complaint to authorities of the university, the state government, and officials of the Federal Road Safety Commission (FRSC) on the need to curtail reckless driving on Gwarzo-BUK Road but the letters were largely ignored.

Led by Rano, the angry, placard-carrying students barricaded the Gwarzo-BUK Road and the gate to the campus, disrupting the flow of traffic, and chanting, “We no go gree, we no go gree.”

“Motorists have, on many occasions, crushed so many students to death on Gwarzo Road without the university authorities taking appropriate action to curb the trend,” he lamented.

“The incessant killing of BUK students due to reckless driving cannot continue. We trooped to the express road and we will not leave until the relevant authorities take appropriate action.”

Meanwhile, the management of the university has appealed to the students to rescind their action, promising to engage relevant authorities on the matter.