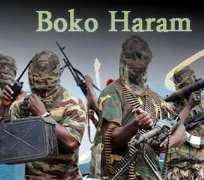 Nigerian Islamist group Boko Haram on Thursday claimed a set of fires at telecom masts across the north, while threatening journalists with the Voice of America radio network.

Roughly two dozen blazes were set at mobile phone towers in cities across the restive region Tuesday and Wednesday, marking a new type of attack from a group that has become notorious for deadly gun and bomb assaults.

"We decided to launch attacks on masts of mobile telecom operators as a result of the assistance they offer security agents," said an email from the group's spokesman, Abul Qaqa.

This information helps Nigerian security forces "in arresting our brethren," the statement added.

Nigeria's police chief on Thursday ordered 24-hour surveillance of telecom installations in response to the spate of fires.

The Islamist group -- blamed for more than 1,400 deaths in northern and central Nigeria since 2010 -- also issued a warning to the staff of US government-funded broadcaster Voice of America.

Last month, the network quoted a source it claimed was a deputy to Boko Haram leader Abubakar Shekau, who in June was designated a global terrorist by the United States.

Citing the deputy, VoA reported that Boko Haram had entered secret peace talks with Nigeria's government, something the radical sect has categorically ruled out.

"As a result of the harm we understand Voice of America is inflicting on Islam, we hereby inform all reporters and staff of this radio station that whoever wants to live in peace among them should quit working with this media organisation," the statement said.

"We will not spare any reporter or staff wherever we find him, by the grace of God," the Qaqa statement said.

Boko Haram has previously threatened VoA as well as Radio France International. In April, the Islamists bombed the Abuja office of This Day, one of Nigeria's leading newspapers.

Attacks on the media are rare for the group, which has repeatedly struck Nigeria's security services as well as Christians worshipping in church, among other targets. Scores of Muslims have also been among its victims.

Boko Haram has said it wants to create an Islamic state in Nigeria's majority Muslim north, but the group's demands have varied widely as its insurgency has widened.

Nigeria is Africa's top oil producer and most populous country, where most residents of the wealthier, southern half are Christian.