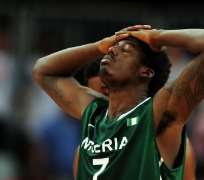 “A good fortune may forebode a bad luck, which may in turn disguise a good fortune…” – Anonymous.

In local parlance there is a word called ‘wash’. It actually has a relationship with some of its original dictionary meaning, especially in informal terms.

However, in Nigeria it is used as a slang. Its earliest use came with the era of ‘money doublers’. Mischievous characters that deceived unsuspecting but greedy persons that for a certain amount of money they would buy a chemical which they would use in ‘washing’ papers which inevitably turn to currencies.

Somehow the examples they show their unsuspecting victims are genuine. I do not know how they do it, but after huge monies exchange hands, it’s all a ‘wash’…a fraud, a lie, all part of the ‘419’. And many fall victim of these miscreants.

Stay with me and you will get this week’s admonishment in the next few paragraphs. The term ‘wash’ was prominent in those 80s and early 90s.

Today, Nigeria is in a state of ‘wash’, I will take a few points from the just concluded Olympics, renewed secessionists song and the recent miracle of electricity. Meanwhile, I kept hope until the elaborate closing ceremony, hoping against hope, but each time we were close to a medal during the whole competition, it was all ‘wash’.

Journeying through the social media, Nigerians at their painfully creative best consoled themselves, Gabon picked a medal, Kenya, Ethiopia, South Africa all climbed the podium, even Uganda was not left out, but Africa’s ‘giant’ was missing in action.

Comedian Julius Agwu even advocated we get one by hook or crook, even if it means stealing from another athlete.

Others advocated corruption, balloting snatching, bombing as sports that if introduced could be our strength.

Despite an almost appalling show, our basketball team showed grit and courage, especially in the light of where we are coming from and the kind of sloppy preparations they had to go through.

As usual, it turned out a jamboree, at the last count four governors attended at some point, numerous officials and all could not give us any hope–just a ‘wash’.

The truth be told, it was no miracle, you listen to athletes from the other nations talk of the intense training and preparation spanning two, three and four years and compare it to our usual three-four weeks’ training, camping and ‘wash’.

We had the pain of the Olympics to bear, but nothing to beat it like the foolishness and ‘wash’ of our ‘so-called’ elders. IBB and Obj started, enter Clark and then Dokubo the young misdirected character created by us.

Soon it was the Ndi-Igbo, and Arewa over presidency 2015, while we are bedeviled by a nation tearing apart in 2012, we are still at the stage of who governs, not how and it all tells you we are yet to learn the ‘shoeless’ lesson.

Many were reacting and exchanging mouth-cuffs on Alhaji Mujahid Asari-Dokubo’s statement “What will happen is unimaginable in the history of the world. I feel pained because I am a Muslim. I know the north will suffer because not only oil, we will cut them off totally from the coast. No food will go in…”

Yours sincerely merely smiled because ‘all na wash’. Not because he did not make sense or he did, but because Nigerians need to watch ‘Hotel Rwanda’, or see ‘Sometime In April’. A man’s face we all can see, the heart only few, if any can know.

Whether the Ogoni and Bakassi people in the Niger Delta declare their independence within an interval of seven days of Bayelsa state, popping an approval for a state emblem, anthem and coat of arms to mark and strengthen a sense of identity for the Ijaw people or not, it’s all a ‘wash’ because fact remains that we require true federation both structural and fiscal. We need purposeful leadership and not all these washes.

At the last count, ten states have anthems, emblems, coat of arms, all that don’t bring quality leadership. We did not get a simple Olympics medal because we did not plan to get any…

In the midst of all these, silently something good has happened whether it continues or not will determine whether it is a ‘wash’ or real. In almost one month each day I have seen light, it’s been for over 10 hours a day.

Many have testified to even more, in parts of Kaduna, Lagos, Adamawa, in Owerri, it’s almost 18 hours of electricity for Nigerians. In fact, I had people complain of “overlight” as in much electricity and their ‘units’ easily finished. Some fresh breath or ‘wash’ we will see.

There are two lessons, one is that it means things can work, especially in the light of the fact that PHCN workers are on strike and fighting the government. If their continued fight means electricity for us, let them continue to fight.

Secondly though, is the fact that, it is shame we can’t make anything work until we sell it to Indians, Chinese, Canadians, or Togolese. Meaning, give it to us and we turn it to a ‘wash’, there is something inherent in us that makes ordinarily possible things impossible.

Many excelled with Nigerian blood competing for other countries at the Olympics, but without our flag. In recent times there has been constant improved electricity…add elements of good governance, social justice, fairness and security of lives, our flag will fly.

I end saying, let’s not tear down the east wall to repair the west…we can, if we want to, only do we want to, time will tell.