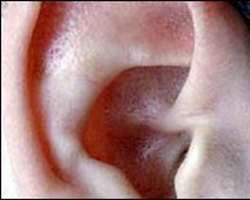 They altered participants' favourite music to remove notes which matched the frequency of the ringing in their ears.

After a year of listening to the modified music, individuals reported a drop in the loudness of their tinnitus.

The researchers said the "inexpensive" treatment could be used alongside other techniques to relieve the condition.

It is thought that around 1-3% of the population have chronic ringing in their ears which is significant enough to reduce their overall quality of life.

Writing in the Proceedings of the National Academy of Sciences, the researchers said although the cause of tinnitus remains unknown, it has been shown that the part of the brain that processes sounds is frequently disrupted in people with the condition.

The theory behind the new technique is that removing the spectrum of noise associated with tinnitus from the music reduces activity in the brain relating to that frequency, alleviating the condition.

Therapy
The 39 patients who took part in the study all had chronic tinnitus for an average of five years but had no other hearing problems.

They were split into three groups and were offered either the modified music therapy, a dummy version of music therapy or usual treatment.

Participants listened to the music for an average of 12 hours a week and by the end of the study, those who had been given the tailored music reported a significant drop in the level of the ringing they heard compared with those listening to the dummy version.

"The notched music approach can be considered as enjoyable, low cost, and presumably causal treatment that is capable of specifically reducing tinnitus loudness.

"It could significantly complement widely-used and rather indirect psychological treatment strategies."

Dr Ralph Holmes, director of biomedical research at deaf and hard of hearing charity, RNID, said he would look in detail at the findings.

"While we find it encouraging there is new investment in treatment for tinnitus, we know there is no proven 'cure'.

"This seems to be similar to tinnitus retraining therapy which is one of the most common ways of managing the condition."