IS YOUR CHILD DESTROYING YOUR MARRIAGE? 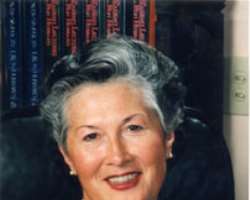 IS YOUR CHILD DESTROYING YOUR MARRIAGE? URGENT ACTION YOU MUST TAKE IMMEDIATELY

You don't need statistics to tell you how difficult life can be at home when your child is rude.

Yoka Reeder, a child specialist, a teacher of 30+ years and an international speaker and trainer (her DVDs “Yoka Reeder on Raising and Educating Children” are on sale on Amazon), has assisted parents and educators to identify the reasons children are so rude.

“You've seen parents at the grocery store who grab this little kid who has no interest in being in a grocery store. When the child is being pulled around sitting in this cart, and he grabs anything colorful he sees, his parents yell at him: “Don't touch,” “Shut up,” “Sit down,” she states, “Some parents must think that there are men, women, and a species called Kids. But children are simply men and women who have not yet attained full growth and they're very much in need of teaching, not yelling at.”

Yoka remembers the day Heather enrolled her son Tommy in her class. Heather told Yoka: “He is so rude I don't know what to do,” and then she listed all the things she had done with Tommy to change his rude behavior. Heather had locked him up, sent him out of the house, yelled at him, threatened him, bribed him and pleaded with him. She had done everything but the kid was still rude.

When mom left, Yoka went over to Tommy and asked this boy, very politely: “Would you mind coming over and sitting here? I would like to talk to you if you have a moment.” He looked at her like, “What have we got here?” Yoka said: “Sir, would you like to have a seat?” As she would talk to any adult. Yoka points out that she would never order an adult, as she's heard adults order children, to: “Sit down!!”

The change that happened in this boy was immediate. He sat down, he crossed his ankles, he sat up straight, he looked at Yoka, he answered her questions, and they had perfect manners mutually. He's been calling Yoka “Ma'am” ever since.

In order to survive people who are rude to them, children often choose to dish it out themselves. Having experienced that, Ms. Reeder treats all her students like adults in small bodies and they respond most graciously to her.