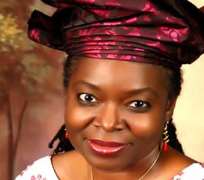 ABUJA, May 27, (THEWILL) - The massive development and opening up of the satellite towns by the Federal Capital Territory Administration (FCTA) will cost N37.463 billion in 2012, the Hon. Minister of State for FCT, Oloye Olajumoke Akinjide, has revealed.

The minister recalled that President Goodluck Jonathan had last year approved the re-establishment of the Satellite Towns Development Agency, as part of measures ft the rapidly develop the satellite towns and area councils.

She further stated that the FCTA would be partnering with the Nigerian Investment Promotion Commission (NIPC) to develop satellite towns.

“The FCTA is doing all it can to attract funds to develop satellite towns. We will ensure that we generate revenue internally and through private investors, and we will involve the communities and stakeholders in everything we do because governance is partnership,” she said.