How Did The Oceans Form? 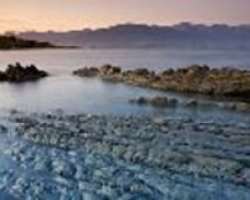 The earth began as a cloud of dust and hot, shining gas. When our planet began to cool, its surface solidified, surrounded by clouds of water vapour.

When this vapour condensed (changed into liquid) and began to fall like rain, seas, and oceans formed in the hollows of the Earth’s surface.

Oceans are huge expanses of water which separate the Earth’s continents.

The largest ocean is the Pacific Ocean, second, the Atlantic and third largest, the Indian Ocean. Seas are smaller expanses of water, almost always flowing either into oceans or other seas.

The waters of the seas and the oceans are always salty, because they are rich in mineral salts and especially sodium chloride, which is the salt used in cooking.

Credit: The Big Book of How? When? Why?