Yahoo CEO Out, Investor Loeb Gets Board Seats 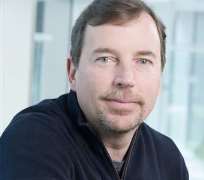 Yahoo Inc is replacing its CEO for the third time in as many years, and giving three board seats to a hedge fund led by Daniel Loeb, putting him in a strong position to influence strategy at the struggling Internet company.

Chief Executive Scott Thompson stepped down on Sunday, 10 days after Loeb accused him of padding his biography by faking a computer science degree. Loeb's Third Point LLC is one of Yahoo's largest shareholders with a 5.8 percent stake.

Yahoo did not give a reason for Thompson's exit but said the company's global media head, Ross Levinsohn, will be interim CEO. It also said it had settled a proxy battle with Third Point and will nominate three of the fund's slate of four candidates to the board, including Loeb.

Thompson's departure after just four months on the job throws into question the future of Yahoo as it struggles to revive growth amid fierce competition from the likes of Google Inc and Facebook Inc, and produce a long-term strategy to convince investors to reverse its share slide.

Yahoo recently resumed negotiations to sell all or part of its more than 40 percent stake in Chinese Internet and e-commerce company Alibaba back to the Chinese company, after torpedoing a previous plan to do a complex tax-free transaction.

"This is a big victory for Third Point. It strengthens their argument that this board was dysfunctional, and it's going to increase Third Point's ability to shape the direction of the company," BGC analyst Colin Gillis said.

For months, the New York-based hedge fund has been demanding that Yahoo revamp its board, which Loeb has blamed for a lagging share price, loss of market share, and a failed sale to Microsoft Corp in 2008. Loeb has also been credited for sparking the resignation of co-founder Jerry Yang and former Chairman Roy Bostock this year.

Third Point had said Levinsohn or Chief Financial Officer Tim Morse should take the helm in the interim. Loeb could not be reached on Sunday to comment on what he thinks Yahoo's future strategic direction should take.

Loeb, and his other nominees Michael Wolf and Harry Wilson will replace other board members.

"We are confident this Board will benefit from shareholder representation, and we are committed to working with new leadership to unlock Yahoo's significant potential and value," Loeb was quoted as saying in a statement from Yahoo.

Yahoo also named Fred Amoroso, an IBM veteran who joined the board in February, as chairman. He is one of a slate of 11 directors that Yahoo said it would nominate for the 2012 annual shareholders meeting, including Loeb's three.

MEDIA VETERAN
Yahoo was a dominant player in the early days of the Internet but has struggled for years to maintain its relevance as social media, mobile computing and highly personalized advertising have redefined the industry landscape.

While brands such as Yahoo News, Yahoo Sports and Yahoo Finance remain among the most popular destinations on the Web, a relentless industry-wide decline in display advertising prices has made it difficult to make money on those assets and raised questions about the long-term viability of an ad-based strategy.

Levinsohn, who made his name running News Corp's Fox digital business, is often mentioned as a CEO contender but the company went first with Carol Bartz in January 2009, fired her in September last year, and then named Thompson, the former president of eBay Inc division PayPal, in January.

"The disfunctionality of this company is relatively unparalleled. Nothing they do seems to work," said Lawrence Haverty, a fund manager with GAMCO Investors, which owns Yahoo shares. "Right now I think a sale of the company is the best option. We believe the assets are worth somewhere north of $20 a share on a break up basis."

Yahoo shares closed at $15.19 on Nasdaq on Friday.
A media veteran, Levinsohn is popular among Yahoo's rank-and-file and has credentials as a negotiator. He had helped steer News Corp's acquisition of MySpace, and had started an investment fund to buy interests in various digital and media companies across the globe before joining Yahoo.

"He is well-respected in the Valley, Hollywood and on Madison Avenue," said Jason Hirschhorn, a former MTV digital executive. "Yahoo has to lean into media and he has the plan."

Levinsohn, who previously headed up Yahoo's Americas business, holds a Bachelor of Arts in Communications from The American University according to Yahoo's website.

"Importantly, today's announcements lay to rest the unfortunate and serious distractions surrounding our senior leadership and the composition of our Board going forward," Levinsohn wrote in a staff memo on Sunday. He added, "I believe in the tremendous strength and value of our brand, and in our relationship with our users and partners."

A HASTY EXIT
Yahoo acknowledged last week that Thompson does not have a computer science degree despite what was stated in his official company biography and in regulatory filings with the U.S. Securities and Exchange Commission.

Emails sent to Thompson's official Yahoo email address were already bouncing back on Sunday morning. He had only just began to push through a new strategy that included layoffs of 2000 people.

Thompson had indicated his intention to move the company away from its dependence on display advertising and focus more on data and personalization, but it is not clear if Levinsohn, whose background is in advertising, would keep the plan intact.

"This company was struggling to find its path before any of this happened, and the situation will make them lost in the woods for that much longer," Macquarie Securities analyst Ben Schacter said. "It is not an overstatement to say that Yahoo has profound structural problems."

"The key question for shareholders remains how will they monetize the Asia assets. The board and shareholders, not an interim CEO, will need to figure it out," Schacter said.

Thompson's departure was reported earlier by the technology blog AllThingsD.