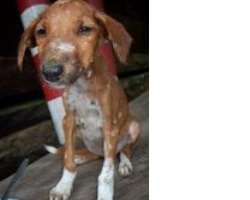 Written by Lawal Ibrahim, Katsina
Brutality against animals and birds not only in Katsina but other parts of the country is not a new phenomenon when one is privileged to undertake a tour of many local markets across the state which is believed to be responsible for the extinction of many domestic and bush animals such as vultures, eagles, leopard, tigers, hyena and many others that have today disappeared completely in the Nigeria.

A Daily Trust reporter who was with a concerned nongovernmental organization, AMZAIT Centre for the Protection of Rights and Birds in some major markets to launch a campaign against brutal treatment, reports a conventional way animals are bought and sold by merchants in these markets like common commodities and whisked away inside lorries, trucks and trailers in most degrading condition by merchants who carry them often to the southern parts of the country.

Strange as the fight appears, the objectives includes protecting animals rights and birds against extinction, unlawful degrading and brutal treatment, unwarranted hunting and harassment, as well as seeking heath care provision to animals to safeguard and ensure their survival among others.

The founder of the centre, Alhaji Abu DanMalm Karofi (Raya Karkaran Katsina), in a chat with newsmen expressed worry over the trend in which animals that poses higher commercial significance to the rural people such as cows, donkeys, rams, dogs and birds including chicken and pigs, are the worst affected species that faced threat of going extinct until something serious is done to address the situation in the nearest future.

He said while other developed countries dignify and utilize animals such as sniffer dogs and the likes for economic purposes such as fight against drugs trafficking and securities, our people are busy killing, slaughtering and unnecessarily brutalizing the animals for no just reason.

Apart from religious injunctions and established deeds that, according to him, explain the benefit of dignifying and consequences of brutalizing the animals such as where Prophet Muhammad (PBUH) assured two who maltreated a cat and the prostitute who fed a thirsty dog with hell and paradise, sections 207 and 8 of the 1999 Constitution prescribed penalties to whoever tortures, cruelly beats or wilfully ill treats both domestic and wild animals.

DanMalam Karofi insist that the country could not only have a legislation but animal courts and the police which he said will be pursued by the organization alongside the creation of animals ministry to handle issues of animals rights and abuses to accentuate the brutality war.

Additionally he pointed, the organization will focus first in Katsina before propagating the campaign to other parts of the country after the establishment of modern animals operation theatres in the Seven (7) old local governments where animals would be treated for ailments and related complications as well as immunized against killer diseases against today's practice that saw most animals being slaughtered for simple fracture. Admitting the pessimism by other stakeholders, Abu DanMalam insist on carrying the campaign undaunted with the group's individual contributions until the conscience of people is re-awakened since the reward is in heaven saying “we are not unaware of the challenges nor have we underestimated the enormity of the task but we are determined to carry on and our objective as we have the human rights activist.”

While commending Governor Shema for the recent house to house cattle inoculation exercise, Mr. Karofi enjoined the state to train more veterinary doctors, improve the existing abattoirs and vaccination centers and extend the campaign to all kinds of animals in the state. A poultry farmer, Isa Abba Gurjiya viewed the new development this way “ you cant doubt these NGO's good intention, it is a unique and strange idea of fighting brutality against animals from the obvious way they are being maltreated in our homes and market places, but this is Nigeria where even the rights of a citizen guaranteed in the nation's constitution are stripped off him by the powers that be.”

Further checks by Daily Trust revealed that in some areas not only have the animals serve as means of transportation but equally used in the conveyance of heavy goods and services particularly cows and donkeys, aside from a famous group in most local markets known as “Yan Kore” (Chasers) from the manner they chase herds of animals from markets to markets. Hashimu Jafaru, a young chaser admitted to this reporter that, they mercilessly beat the animals on their ways to various markets even as they relied on whatever grass they got as food along the way no matter how insufficient. So far, the two Emirs of Katsina, Alhaji Abdulmumini Kabir Usman and that of Daura, Alhaji Faruk Umar Faruk during a courtesy calls by the organization assured them of their support and pledge to mobilize their respective district and village heads to help them move with the campaign.

But what remains to be seen is whether the idea will receive the blessings of the State Governor Ibrahim Shema and the respective local government chairmen and more importantly how the larger the society will make a departure in their brutal treatment to brace up the new idea of dignifying animals.